Stuart Suffel’s body of ‘work’ includes stories published by Jurassic London, Evil Girlfriend Media, Enchanted Conversation: A Fairy Tale Magazine and Aurora Wolf among others.  He exists in Ireland, lives in the Twilight Zone, and will work for Chocolate Sambuca Ice cream. 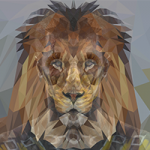 As I picked the tiny darts out of my body, I watched Kordan, my creator, peering through the small panel into the arena. He sensed my eyes upon him and turned to meet my look. He glanced down at the darts in my hand. His expression was pained—his great creations … Continue reading 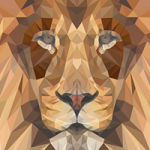 There was little I could do. The lion man was as good as dead. The giant spider was but feet away from him, ready to pounce, when one of the other spiders collided into it. I shaded my eyes to see that on top of this other spider was the … Continue reading

The Twelve – The Goat Man 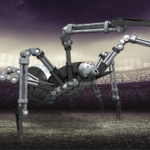 The arena was silent. I looked at the six mechanical monstrosities, then up at the crowd. None were cheering. None clapped their hands or stamped their feet. Brulum had overplayed his hand. He lacked his uncle Arak’s finesse. An empire was taken with fist, but held with heart. A ruler … Continue reading 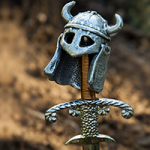 How could they sit and eat—like fat sedated cows, while their fellow beings were carted off like chattel? Three lives gone is as many minutes… I could not say I knew the bull, or the twin-headed warrior from the Outerworld of Aldron, but I did know their suffering. I knew … Continue reading

The Twelve – The Emperor 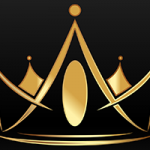 Obbas, my Master of Games hovered to my right, hoping to stay invisible. I could feel the eyes of some of the Council elders on me. All knew the water-bearer had come too close for comfort. Someone had to pay, and dearly. I flicked my eyes toward Obbas. He drew … Continue reading

The Twelve – The Water Bearer 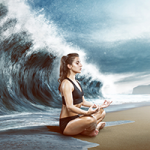 The lion man pulled away from me. “Why? Why are you helping me? “Because—” I faltered. I looked around me, at the carnage. Two innocents dead, one about to die. The ones they had christened Aries, Scorpion and Taurus. Others knew them as brother, father…friend. I had to tell the … Continue reading

The Twelve – The Bull 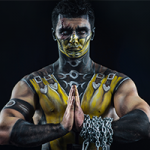 Blood bubbled up to my throat. I spat it out. It wasn’t blood. It was bile mixed with mucus. I thanked the gods. No internal injury. But the pain – the pain still pumped through my body. I took a breath and tried to keep the hurt at bay. My … Continue reading

The Twelve – The Maiden 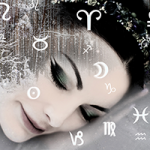 The cheer from the crowd was deafening. Emeran’s body was curled in upon itself, though his head still faced back into the arena. His eyelids were locked open. I followed the line of his lifeless stare. It was aimed at Maheras, the centaur. His assassin. The crowd cheered out the … Continue reading

The Twelve – The Scorpion 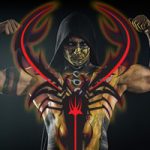 The crab man’s severed claw splashed back down into the water. The bull gave another triumphant roar. I glanced at Soldan, he looked away. We had let the crab live. There was little else we could do – our greater purpose took precedence. I wondered if crabs were able grow … Continue reading

The Twelve – The Crab 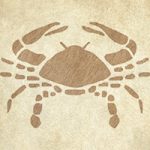 Something was amiss. I’d been to enough bouts, and given enough performances to know something wasn’t right. Throw twelve of any kind of creature into a ring together and tell them only one can leave alive, tensions will arise. Palatable tensions. Gut-wrenching tensions. We, the ‘altered’, were no exception. If … Continue reading