The Twelve – The Water Bearer 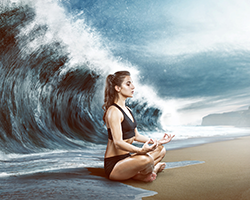 The lion man pulled away from me. “Why? Why are you helping me?

“Because—” I faltered. I looked around me, at the carnage. Two innocents dead, one about to die. The ones they had christened Aries, Scorpion and Taurus. Others knew them as brother, father…friend.

I had to tell the lionman, and the other players who did not know of our plot against the emperor. They had a right to know. “Warrior, there’s something—”

“I don’t form alliances,” the lion snapped. “I play a straight game. Yeah, I know that sounds hard to believe, Water Bearer, but I do, after my own fashion. You want partners, you’d best look elsewhere.”

A cry sounded near us. It was the bull. The crab man stood over him, a bloodied claw raised high, ready to strike. The wound in the bull’s side was wide enough to fit a human head. He lay on his side, his eyes turned upwards to the sky. His face looked – no…

He could not be serene. He was about to die.

The crab man’s claw came down with force. The clack of a shattered skull echoed around the arena.

“Cerissa,” a voice said softly. It was Soldan, named Pisces. “Come with me,” he said. I did not move. I began to stagger. Soldan caught me. “Cerissa, we need to talk, all of us. Nothing is going to plan. We need to change our tactics.”

“We have to tell them, the players,” I said. “Then they can join us!” In the distance I could see The Twin-headed Aldron, named Gemini. The ants had taken their toll on him, but he lived. The crab and the lionman still had fight in them. Nine instead of six. “Soldan, we must –

My body slumped, about to collapse. Soldan caught me around the waist. It was then he noticed the blood.

Soldan held me closer. “It’s OK. I got you. Think you can make it over to our friends?”

My head swam. I pushed away. “I’m OK.” I said, regaining my balance. “We need to tell them. We need to work together.”

“Cerissa, you are not well. You’re not thinking clearly.”

“Do not patronise me Soldan!”

“I’m not – Look. We cannot trust the others. They would sell us out in a second.”

“Perhaps. But we cannot take the risk.”

“He knows. The emperor knows of our plan.”

Soldan looked to the ground, then at me. “Let us talk with our own. Then we shall decide.” He began walking towards the others. I fell into step, and then let him edge ahead of me. When he was a few paces in front, I turned around, and looked up into the stalls. The emperor was waving to his flock, that same sickly grin on his face he had from the start.

The moisture from the earlier floods was still in the air. But soon it would be gone. This was not the time for discussion.

I ran, harnessing as much of the moisture as I could.  I rose high into the air, a wave of water beneath me.

The arena fell silent. All eyes were on me. Below, the heads of the crab and the lion man were tilted upwards, their mouths open in shock, the blood of the deceased bull pooled between them. I heard Soldan’s distant voice call my name out in panic.

The wave carried me higher and higher. The crowd began to chant.

But when I pointed towards the emperor, the chanting stopped.

I surged forward, now the same height as the emperor’s balcony. From my back I took six daggers, three from each side. One was all it would take.

The emperor stared at me, shocked. He quickly recovered stood up and raised both of his hands into the air.

And then the earth shook.

The ground below me exploded upwards. Clumps of dirt sailed into the air – one missing my shoulder by inches. More dirt followed, this time in smaller chunks. The entire arena was covered in a blizzard of soil – as dark and vicious as any Arkkan desert storm. The wave carrying me collapsed, crashing into a wash of mud. I hit the ground with a thud.

The emperor’s voice came over the air.

“Citizens of this New World, I bring you Earth!”

The crowd, many who had been covered in the smaller particles of dirt, gave a muffled response.

I could not move. My spine… my neck, something was broken. Two figures loomed before me. No, not two, one. It was the twin-headed Aldron. One of the heads was speaking, the other was locked in grim determination. He raised his arms into the air. I saw the blade between them. His upper body arched, and his hands lifted higher. Then he gave an unnatural jerk backwards. Blood came from one of the mouths, then the other. His eyes rolled back.

As his body hit the ground I heard a voice say, “Always watch your back in this life – I learned that the hard way.”

But my saviour’s efforts were in vain. I was drowning. The fall had caused a disconnect of some kind. I was not able to stop absorbing moisture. I could feel my lungs fill with muddy water.

Another face loomed before me. It was Soldan. He was shouting, but I could not hear his words. He began to press frantically upon my breast bone. His mouth touched mine. I could feel his breath, his lips.

But the water kept coming. It was calling me. Calling me home.

I tried to smile, to reassure Soldan, but the water caused my throat to swell.

Behind Soldan I saw the lion man standing watching me, a large bloodied knife in his hand. He turned and walked away.

Soldan touched my face with his hand. “Sleep my friend,” he whispered. “Sleep well, and know this. We shall not fail.”

I felt his hand run through my hair, before the waters spewed from my mouth.

“We shall not fail.”