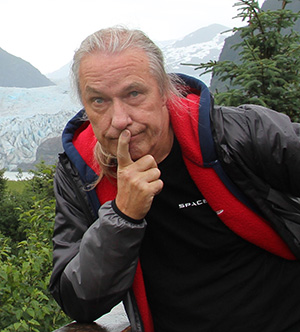 As a scientist, Arthur authored 100+ publications, and shares the 2008 Thomas Alva Edison Patent Award for the discovery of Sprycel, an anti-cancer drug.

He writes hard science fiction, fantasy and horror. His debut novel, Algorithm, a story about DNA and the purpose of humanity, garnered a 2010 Royal Palm Literary Award (RPLA) and was published by E-Lit Books in 2014.

His second novel, As Wing Unfurl, took first place as the best pre-published science fiction novel of 2014 (RPLA) and has been published by Red Adept Publishing.

His latest project, Henry the Last, is a novel about the last human on Earth, a Lakota Sioux cyborg. A number of his short stories have been honoured as finalists in RPLA competitions and have been awarded Honourable Mentions in the L. Ron Hubbard Writers of the Future Contest.

He lives in Florida with his wife, Lidia, teaching college chemistry and happily wandering the beaches. 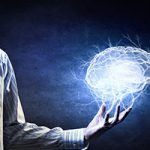 ‘You called me, Doc. So what’s going on?’ I looked up at the camera and threw it a grin. When Riddles opened the fire door, my jaw dropped. His head was wrapped in aluminum foil. But that wasn’t the worst of it. I pinched my nose. ‘You look like… crap, … Continue reading