The Twelve – The Maiden 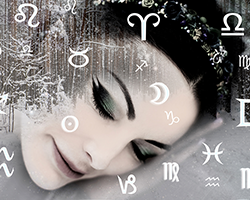 The cheer from the crowd was deafening. Emeran’s body was curled in upon itself, though his head still faced back into the arena. His eyelids were locked open. I followed the line of his lifeless stare. It was aimed at Maheras, the centaur. His assassin.

The crowd cheered out the centaur’s game title.

Maheras walked off, his back turned away from the crowd. And from me. I called out his name. “Maheras!” But he did not hear me. Or pretended not to. Well, he would hear me.

I closed my eyes, allowed his image to come to me. I would call him, and he would answer. He stopped dead in his tracks. I felt his fear. His fear weakened his aura. I readied myself.

“He did the right thing.”

I snatched my mind away from the centaur. “The right thing? How can you say that?”

Soldan placed his hand on my arm. Its warmth surprised me, as it always did. “Sarsha, Emeran would have failed in his attempt to kill the emperor. And in that failure he would have jeopardised not just us, but our mission. If his council thought the emperor’s life to be in danger, the security around him would tighten tenfold, or he would be removed completely beyond our reach.”

I searched Soldan’s face. He was speaking the truth. Or at least, a truth. “We don’t know that Emeran would have failed.”

“We do know that the risk was too high,” Soldan said.

Another chant came from the crowd.

“They think this is some kind of game,” I said.

“It is,” Soldan said. “To them. And their beloved young tyrant is playing his role as Game Master to perfection. He learned well from his uncle.”

“I know,” Soldan said. “His sacrifice will not be forgotten this day. Nor any day. Come, I need to speak with Orrin before anyone else dies in this hell-hole.”

“I will follow you in a moment. I need to meditate upon the spirit of Emeran first. It will only remain for a short time longer.”

“Do as you must Sarsha, but don’t lose awareness of those around you. There are still four dangerous killers in this arena.” He moved off. I closed my eyes and immediately felt Emeran’s spirit call to me. The words were not of this world. They were of an older world, a different world. But I understood their message.

“You have nothing to apologise for Emeran,” I answered. “You gave your life for the sake of others. There can be no greater sacrifice.”

But the spirit took no comfort from this. I felt it crumble in upon itself, much like the body it had left behind. I knew its sadness, but there were no more words of comfort I could offer. The journey was all its own now. I felt its presence weaken; it began to fade. Its sadness passed to me.

I let it come. I allowed it to envelope me. I wished to take this burden. My mind drifted—

But then I was torn awake. A burning pain seared through my shoulder. The lion man stood before me. I looked at the source of my pain. Four deep red lines were scorched into my flesh. The hurt coursed through my body. Soldan – I should have listened to…where…was he…?

I flopped to the ground. I realised I was in shock. My mind was scrambled. I needed to focus…to focus. The lion man roared triumphantly. He shook his mane and raised one mighty paw to deliver the fatal blow.

I looked on, paralysed, as if watching from under water. In a moment will be made spirit. Perhaps then I could follow Emeran…

But the blow did not come. The lion man roared again, but this time in anguish. The bull man was at his back. I did not understand the lion’s anguished roar until I saw the bull toss his head upwards. The lion man was pilloried on the bull’s two horns. The lion rose into the air like a rag doll. The bull then jerked his head downwards, and the lion spiralled outwards and crashed onto the hard dirt.

The bull galloped towards the lion who now lay matted to the ground. The bull leaned back onto his hind legs, and rose his forelegs high into the air, aiming them at the lion’s head. In this arched state, the bull’s underside exposed, the crab man appeared out of nowhere and clamped a claw between the bull’s thighs. The bull scream carried across the entire arena.

The crab pulled back his claw, and the bull fell to the ground, blood pouring from between his legs. In that moment Soldan arrived, accompanied by Ulserra, the one they had named Libra. They both lifted me into the air and carried me away from the carnage. The crab glanced our way, but then ignored us. He began to move in on the bloodied bull.

The pain in my should overwhelmed me. I heard the crowd again. Are they – booing?

My mind reeled. Was I imagining this? Then I realised. I was being helped. I heard Libra mutter the word savages, then Soldan’s soothing voice admonish her. “They are victims Ulserra, as much as we are.”

I turned my head towards the carnage we had run from. The lion man had made it to his feet. He was stumbling towards some debris left by the flood. The bull was some feet away, bucking and kicking, frantically trying to keep the crab man at bay. I closed my eyes, wishing I was some place else.