The Twelve – The Emperor 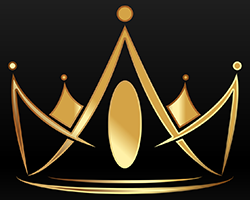 Obbas, my Master of Games hovered to my right, hoping to stay invisible. I could feel the eyes of some of the Council elders on me. All knew the water-bearer had come too close for comfort.

Someone had to pay, and dearly.

I flicked my eyes toward Obbas. He drew near. “Your Imperial Majesty, please forgive me. The Arissian was watched for months, Your Majesty. We could not have known she possessed such power.”

A few of the Council members furtively glanced my way. I gestured to my Lord Marshall. When he was still a few feet away I spoke, loud enough for the right ears to hear. “Our Master of Games’s sight has weakened somewhat of late. Take out his eyes, and bring them to my personal physician. Perhaps he can remedy what ails them.”

A ripple of fear sparkled around me. My dear late uncle was right; there was no sensation quite as satisfying as placing terror into the hearts of men.

“Appoint Barric as the new Master of Games, for the little time we have left.” My Lord Marshall nodded, and gestured his men to seize Obbas, who was led away, thankfully without any fuss. I had no wish to cause disquiet among my citizens. Docile sheep were much more malleable than nervous sheep.

That blast of dirt used to stop the water-bearer which had entered into the seating areas would not have helped matters. I spoke to my nearest stewards. “Issue refreshments among the crowds. Generous portions. It’ll be a while before they’ll know such blissful times again.”

I opened the small console attached to my throne chair. The infra-ray images told me that my brave players had huddled into a far corner of the arena. This would not do. They would need to be flushed out into the open for all to enjoy. But there was no rush.

I beckoned my Lord Marshall closer, close enough so that I could whisper. “Lord Urran, I do not like the camaraderie I see out there.”

“Among some of the players. They must be shown as the savages they are, my Lord Marshall. Else why this spectacle at all, hmm?”

“Darts. Your archers are trained with darts, are they not?”

“Indeed they are Your Majesty.”

“Use them. Whenever one of those barbarians come to the aid of another. Nothing fatal. Just enough to warn them off. Do you understand?”

He bowed. “I shall see to it immediately, Your Majesty.”

“Do so, Lord Marshall. I shall take a short break. Report to me on my return.”

The steel control room door below the arena swished open. Kordan, although already bent over with age, still managed to give a bow as I entered. He then gave a toothy grin. I feigned displeasure.

“Pieces of your Earth trick went straight into the audience, Kordan. Hardly the best way to win over my beloved subjects?”

Kordan grinned all the more. “Apologies Majesty. That Arissian wench caught me by surprise. I had to act fast.”

I nodded. “You did well, in retrospect. Drowned by her own hand. As dramatic as I could have hoped.”

I added with a wink, “At least now the good citizens of Galacia can boast of having literally tasted the Emperor’s power.”

Kordan grunted a laugh. “Majesty, the spiders are ready. Would you like to inspect?”

Kordan gave the same stunted laugh and gestured me to follow him. He entered a side door and I duly walked behind him.

I smelled them before seeing them. Kordan grinned at my expression of distaste. “Can’t let them out to clean the cages, Majesty. Too risky.”

We arrived at said cages moments later. Kordan switched on a light and a collective hiss filled the air. The four creatures were six feet tall, twelve feet long, with hard shell-like bodies from which three long black mechanical legs, matted with synthetic hairs, protruded from each side. The heads were a cross between buffalo and rhinoceros, with three jagged horns lined from brow to nostrils. Protruding from their shoulders were long, razor-sharp claws.

Kordan took a spear from off a rack and jabbed it through the cage at one of the four. The creature flashed out a claw and snapped the spear shaft in two, like it was kindling.

I nodded. “Truly horrendous. You have excelled yourself, Kordan.”

“Tis a pity your uncle was not here to see, Majesty. He loved my creations.”

I took a butchered lamb’s leg from off a nearby table, and threw it into another cage. The spider within dived on to the leg, clenched it in its huge teeth, and crunched the leg to nothing in seconds. I turned to Kordan. “And the fish man will be spared until last?”

“Exactly as you requested, Majesty. He shall face the serpent alone. The finale shall be glorious.”

“Not before I show proof of his and the others’ treason. You understand?”

“Of course, Majesty. The tapes shall be played before the snake is freed into the arena.”

“Good. All lands of the Altered shall then become forfeit to the crown. A scourge from old finally removed from our great empire.” I thought I saw a look of disappointment flicker across the old man’s face. Understandable, I suppose, seeing as he was their creator. “Make sure the tapes are played to every readied warship, simultaneously, Kordan. I want no hesitation from my admirals.”

“It will be as you command, Majesty.”

I gave Kordan a generous smile. It was the least I could do for his years of service, which, although he did not know it, would end alongside his creations.

The sheep were still feeding as I entered my podium, so much so that they failed to notice the return of their beloved Emperor. I gestured to the heralds, who sounded their horns. The crowd responded with a cheer.

I stood up. “Let the games continue!”

I sat back down and waited. Soon enough, the bleating began..