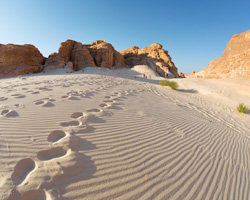 Brasidas was waiting for her at Nephros.

“Congratulations on your first kill for The Sun Dancer,” he told her.

She tossed him the maldrive and resisted the urge to test her steel fist on his bloated body. Killing him would be easy, but the ship was in the middle of nowhere and she doubted a crew of pirates would let their captain’s death go unavenged.

Gertrude had no idea where her quarters were, but the thought summoned a diagram of The Sun Dancer in her ocular implant. She was surprised by the ship’s size, and took a moment to examine it. In addition to cargo holds, the mess and crew quarters, The Sun Dancer had not one but two bays for smaller craft. Her mind drifted to where her quarters might be, and an arrow appeared on the plans, guiding her through the narrow, pipe-lined corridors to the cabin she had been allocated.

The cabin was sparsely furnished. A mirror which doubled as an old-fashioned 2-D television was the only decoration. In the locker were two changes of clothes, and the chest of drawers contained a tablet. To her surprise, it also contained what appeared to be several white gold ingots as long as her finger and two flawless sapphires. Uncertain whether they were meant to be hers or belonged to the one-bed cabin’s previous occupant, she swiped the lot.

Sleep came in fits and starts. She had never been an easy sleeper, and the cybernetic additions hadn’t made things easier. When a three-note signal blared repeatedly it drove the last remnants of slumber from her. Sitting up turned on the motion sensitive lights, and revealed that during her restless sleep she had driven her steel fist into the locker and buckled it so badly the door would barely open.

The Sun Dancer trembled as it decelerated to sublight and the signal which announced its arrival at their destination cut out.

“We’ve reached Upyndas Major,” Drusus’s voice announced via the intercom. “Those not on duty may gather at Nephros for shore leave. Departure will be six hours after landing.”

Gertrude knew nothing of the planet, but if it had a half-decent market she could buy a lot of useful tech. She began walking towards Nephros when Brasidas, walking the other way, beckoned her to follow him instead.

“Where are we going?”

“You’re coming with me to his compound.”

Brasidas laughed. “I trust you to fight for your life if the damned Ralgo tries anything.”

He led her to another airlock, where Drusus, Nicephorus and several other humans she did not recognise had gathered. All were armed, and Gertrude wished she had more than a pulse pistol.

“Have you dealt with him before?” she asked.

Brasidas nodded. “Half a dozen times. His information’s been good. So far.”

The Sun Dancer landed gently, and the airlock doors opened. A harsh gust of wind blew sand into the ship, and a sea of sand dunes stretched to the horizon. Perhaps a mile distant was a walled compound, the only speck of civilisation to intrude upon the desert. There was no sign of a spaceport, or even a market.

So much for getting myself a distress beacon, let alone a radio.

When she followed the others down the gangway ramp the heat struck her. For a moment bright yellow blinded her left eye, and she was grateful when it changed, for the first time, to a darkened variation of normal vision.

After they had taken a few paces onto the planet, The Sun Dancer’s ramp closed and the ship rose into the cloudless blue sky. Gertrude watched it vanish into the distance.

“If you’re worried about our safety why’ve you sent the ship away?” Gertrude asked.

Brasidas shrugged. “The Ralgo has a flotilla of gunboats. The Sun Dancer’s a tough old bird but there’s no way she could keep them from us. Besides, Ump’gomptar might be a greedy swine, but he’s as rational and calculating as an android. He has the secret knowledge, and I have the most ruthless crew to sail the milky sea.”

The trek to the compound was slow going beneath the blazing twin suns. The sand was soft and her feet sunk easily into it. As they drew near, the black gates, which must have been over sixty feet tall, groaned open. Twenty six-legged robots shuffled out of the compound and marched with an awkward but unerring gait towards Gertrude and her shipmates. The hexapods had a rotating turret for a head, which was equipped with a central ocular device flanked by twin pulse cannons.

Gertrude raised her pistol but Brasidas waved her down. She reluctantly lowered the weapon. Scanning automatically, her ocular implant identified the six-legged mechanoid soldiers as creations of Teschke Industries. Model JX 27-B, a premium upgrade of the War Dog battlefield staple. AI was basic but effective, resilience was immense and targeting systems formidable. Taking out their ‘eyes’ would be the most efficient tactic, but there were twenty of them and the pulse cannons could cut the pirates down in seconds.

At least they’ll take out Brasidas as well.

“Take me to Ump’gomptar,” the captain demanded, his voice level. His pulse rifle was lowered, but Gertrude saw how close his finger was to the trigger.

One of the War Dogs took a scuttling step forward, and its eye flashed green. A murky green laser flickered from the hexapod, and rapidly scanned every crewman. When it ran over Gertrude her synthetic eye informed her it was seeking certain technological devices.

The laser shut off. “No hidden explosives or surveillance apparatus. You are expected and welcome, Captain Brasidas. Lord Ump’gomptar wants to see you.”