Why I Hate the Seaside 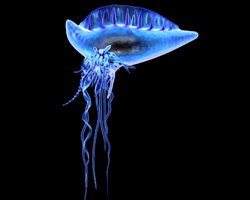 Jay was laughing and waving to us as we watched from the beach, telling us how nice the water was and that we should go and join him.

That was the last we heard from him. I remember protesting as Kirsty pulled me to my feet. I remember the pair of us running towards the water.

And I remember Jay’s screams as something pulled him beneath the waves.

That was ten years ago now. I was only nine. Kirsty was eleven and our brother was thirteen.

“Don’t butt in. That’s not even funny. You wanted to know why I hate this place, I’m telling you.”

We’d always go to this same beach every summer; my aunt and uncle owned a chalet on the seafront so it was a cheap holiday for the family. I never liked swimming but Kirsty and Jay loved it. I preferred to sit on the beach and build sandcastles. Maybe eat an ice cream.

I remember that year we met some other kids, I remember what they looked like but for the life of me, I can’t remember their names.

“No! Finish the story. I’m here; nothing’s going to happen.”

“I hate being this close to the sea.”

These kids were older than us. Teenagers. Jay met them one evening and they all got drunk together under the pier. Dad was fuming. Jay didn’t care, he just threatened to do it again. Mum said we’d all go home early and I think that was the end of it.

Well, the end of the drinking anyway. The next day we all went down to the beach really early so we could put our towels down in a good spot. Kirsty had taken her fishing net and she and Jay and Dad went off together while I sat with Mum and built sandcastles and chased seagulls.

I think we were alone for some time enjoying the sun.

“I wish it had been like that all the time. A normal holiday enjoying the sunshine on the beach. But I remember what happened next. It hurts.”

Jay and Kirsty and Dad came back. Kirsty’s face was puffy and red from where she’d been crying and Jay looked sulky and angry. Dad said they’d had a row over something they’d caught. A jellyfish, he said. Kirsty had caught it and Jay had tormented and then killed it.

I remember looking away as Mum comforted Kirsty and Dad spoke to Jay. I remember seeing the teenagers farther down the beach just staring at us.

“Can we move away from the water? Please?”

“All right. Carry on, though. What happened next?”

That night Jay came to my room and told me that Kirsty was just being a crybaby, that she hadn’t understood what he was doing. He’d killed the jellyfish to protect her. His friends had told him about the jellyfish; they said they were evil.

I had just nodded and listened to my brother talk of his friends. Then I told him that his drinking had made Mummy and Daddy sad, and he had scoffed and then jumped into bed, dismissing me. I went to sleep after that.

I dreamed of jellyfish for the first time that night. The water was cold and grey and there were things all around me, hurting me, stopping me from getting to the surface.

“I’m being dragged under.”

“It’s a nightmare. But it’s more than that. It’s like… a premonition. One day they’re going to get me.”

I remember the sun being so bright, so big that day. I remember wearing my pink swimming costume. Mum and Dad went to get ice cream, leaving me and Kirsty to build sandcastles while Jay swam in the sea. I didn’t know anything was going to happen. I didn’t know. He was waving to us.

“Your brother was killed by jellyfish?”

The teenagers said the jellyfish were evil, but that they weren’t even jellyfish. Not really. They were aliens. Kirsty yelled at them until they went away and we never saw them again. Mum and Dad divorced not long after Jay’s funeral. And I still dream of jellyfish.

“I don’t believe in aliens. And I don’t think jellyfish actually plot to murder people. I think we’re safe here.”

A few years later when I was thirteen, like Jay had been, I went back to the seaside and the spot where they’d taken him. I stood on the beach and dared the bloody things to come and get me. Nothing happened, but in the news the next day there were reports of another drowning. A seventeen-year-old girl. The reports said she and her boyfriend had gone swimming while they were drunk and she had drowned. But I heard whispers. Her body, it wasn’t like… like she’d drowned. It was like Jay’s had been. I remember I half-wanted to seek out the boyfriend and ask him exactly what had happened. He must’ve seen something. I didn’t do anything though, I just went back to Mum’s. I didn’t even tell Kirsty.

I fall silent and look back at the water. People are swimming in the sea but I wish they wouldn’t. There are aliens there and they look like jellyfish, and they will kill again. I want to go home, where it’s safe. If I stay here, somehow, they will come for me.