Tweets of the Dead 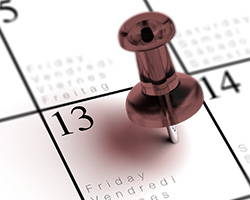 On the evening it began, the Internet was acting strangely. Backgrounds were darker. Icons jittered nervously. Response was slow, like a plodding zombie. Judy could barely read the latest inspirational and politically charged memes from her Facebook “friends.” Feeling out of touch with the world, she reluctantly reached for the shutdown button. That’s when she received the first tweet.

It was a simple message from her old friend Molly: “I’m coming to see you, Judy.”

Normally this would delight her. Molly was one of her dearest and oldest friends. The problem was Molly had passed away over three months ago. She had actually seen Molly in the casket.

Admittedly Judy was a Twitter novice. She did not fully understand all the ins and outs of the ‘Twitterverse’. So when she received this tweet, she was not initially concerned.

At first she was confused. Could old tweets hang around and get recycled from time to time? Maybe it was a Twitter glitch. Then she grew gradually more disturbed and kicked herself for not shutting down her laptop sooner. Now she would have to go to bed with that chilling message haunting her thoughts. How was she going to sleep?

As she pondered her dilemma, she fell asleep.

The next day while checking her email, another tweet from Molly appeared. “See you on the 13th, Judy!”

It was August 11th. Two days from now was Friday the 13th.

Molly knew Judy was afraid of the number thirteen. She always enjoyed teasing her about it. So big and strong ex-policewoman Judy Wetzel was afraid of a little ol’ number? Was this her way of teasing Judy from the grave?

Funny, Molly! Now cut it out.

When she got her senses back, she googled “resurrected Twitter accounts.” No help there. Someone had to have an email and password to get in. Molly’s husband, Frank, was not computer literate. Molly’s daughter was the only one who might have that information. But Maggie was a sweet girl – not like her mother at all – and would never play such a morbid practical joke.

Later that morning a third tweet showed up: “I have something to return to you, Judy.”

Something to return? She couldn’t remember loaning anything to Molly in a while. A book? No. Bundt pan? No, she’d got that back.

Before she came up with anything, another tweet popped up: “Why is it so dark, Judy?”

A shiver went up her spine. The computer mouse hit the floor and bounced under the couch.

Damn! This joke has gone too far.

She checked Molly’s Twitter account. Strangely enough she had only one follower. Judy. And she was following only one person. Judy.

She got the shivers again.

Tweet #5: “Someone please help me get out of this hole.”

She couldn’t look any more. She looked again. She couldn’t help herself. The next tweet came a half hour later.

Tweet #6: “Why are people running away from me? #Confused”

She shut down her laptop and walked away. Why was she letting herself get worked up over this obvious prank?

She fixed herself a nice lunch and then turned on the news. She held her breath when a story about a local cemetery came on the air. It didn’t have anything to do with empty graves and zombie corpses. She breathed a sigh of relief.

Later she needed to check her email. There was another tweet.

Tweet #7: “Getting my bearings. What street is this? #Lost.”

Judy didn’t really believe any of this was actually happening. She only checked out of curiosity. Of course.

Tweet #8: “Walking toward your neighborhood. I have thirteen things to return to you on the 13th, Judy. #Anticipation.”

This was no longer funny. This was never funny.

She hadn’t responded to any of the tweets. Maybe she should. What would she say? Who is this? And why are you pretending to be Molly?

She had to get away from the computer. She had to get out of the house. Get some fresh air. Get another hobby. It was getting too late to go out. What else could she do?

She used to love to knit. It was very relaxing. She had lots of different-coloured yarns. Maybe she should pick that hobby up again, get away from addictive social media for a while.

She had made scarves and socks for Molly’s Frank. He liked to come round and pick them up. He still came over even after she gave up knitting. She enjoyed Frank’s company. He was so different from Molly.

Now what did she do with those balls of yarn? Then she remembered. She had loaned them to … Molly. Judy had thirteen balls of yarn and – being so anxious about the number thirteen – had offered them to Molly, which she gladly accepted.

She avoided anything online the rest of the day and slept restlessly that night.

The next day, Friday the 13th, Judy had originally planned to do nothing and go nowhere. Instead she decided to go somewhere, anywhere. She went to the mall, library, art museum, convenience store. Eventually she went home.

She couldn’t take not knowing anymore. She turned on the computer.

She responded. “Where are you now, Molly?”

“Who are you really? You aren’t Molly.”

How did she know? What did she do to him?

One knock, two, three. Hesitantly, she went to the door. Four, five, six knocks. She stood motionless counting the knocks. There were thirteen knocks at the door.

Judy pulled it open, ready to confront the prankster. A figure made entirely out of balls of yarn stood outside. She stared in horror as the balls of yarn began unravelling.

The next morning the headlines screamed: “RETIRED POLICEWOMAN FOUND STRANGLED BY YARN!”