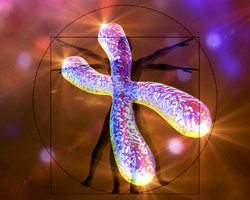 Rednak watched the celebrations from the window of his bedroom. The night sky pulsed with light and a torch-lit parade filled the street below. Even with the window closed, the sounds of laughter and music from the procession permeated the room as the people walked by. They were accompanied by marching bands and mobile displays depicting the historical event. Rednak should have been down there marching with them but this was the night he had chosen to tell his parents the truth. The irony had been lost on him until the moment the words left his lips and his father’s face began to contort in anger.

What are you? Some kind of freak? Rednak’s face flushed and he looked away, unable to face the wrath in his father’s eyes. The words clung to him, sucking on his resolve like a parasite, and he imagined himself shrivelling under the heat of the scandal he was bringing to his family.

He breathed in deeply in an effort to shore up his determination. No, Rednak countered, he had done nothing wrong. He began to shake with rage and clenched his fists. He had known the trouble it would cause but he could no longer hide the truth and he resented being made to feel guilty for what he was.

I’m as tolerant as the next, his father had continued, but this? This is just wrong. It’s perverse! You’re not like that! That’s not how you were brought up! You’re my son!

Am I? Seething at the humiliation being heaped upon him, Rednak had known exactly how much the reply would wound his father but hurting him was exactly what he wanted to do at that moment. Just like you’re hurting me.

He had paused halfway up the staircase and glanced down to see his father shaking a fist. How dare you bring such shame to our family! Until you come to your senses, you’re no son of mine!

How long have you felt this way?

For as long as I can remember.

How do you think you would feel if they had never arrived? If there had never been any integration?

I’m not sure what you mean.

Would you still feel different? Like you didn’t belong?

But you wouldn’t know why or in what way?

No. I’d have known there was something wrong with my life but, if I’d never seen one, I wouldn’t have recognised what I truly was.

But genetically you’re not one of them.

I don’t believe that.

Because I know. I just know…

And what if I told you that the tests we ran a few weeks ago showed an anomaly in your genetic makeup – that perhaps there is a reason deep within your DNA for how you feel?

Then I’d say that the world just started to make a lot more sense to me.

He had lost count of the number of times he’d re-lived that conversation in his mind. It had been a day of revelation – the defining moment of his life – and it had been real.

He wiped the crust from his eyes and sat on the edge of his bed gathering his thoughts. A moment later, he felt the warmth of the sun invigorate him as it touched his skin and he looked out of his window to see a bright, new morning. Father be damned. Today was the day.

He crept down the stairs and closed the door as quietly as he could. A few moments later, he was riding on the tube heading for the clinic. The carriage was sparsely populated at this time of the morning and he glanced at his fellow travellers. Most sat reading from their tablets, staring out of the window or listening to music in their earpieces. It was such an ordinary scene, but Rednak was completely detached from it and his gaze eventually moved to the end of the carriage.

Beyond the locked door lay the section used by The Others and he knew that his true place was there, with them. He almost snorted in derision when he thought of the previous night’s Integration celebrations. Integration was just a fancy word for the acceptance of what had become the lowest caste within society. His people constantly congratulated themselves on the generosity they had shown to the rag-tag refugees. But The Others were not treated as equals; they were segregated, employed as servants, cleaners and dogsbodies. It was the price they were expected to pay for the shelter they had been given. In a way, Rednak was able to understand his father’s fury. It was not simply about changing his appearance but about the drop in his societal status. He would be frowned upon – the clinic had already explained that. He might be met with aggression from both sides or the physical changes may be too much strain for his body and might actually kill him. His reply had been simple and straightforward. He needed to become who he truly was. Nothing else mattered – not even his survival if it meant living in his current form.

They were ready for him when he arrived. The receptionist showed him through to the ward where they settled him in a private room and prepared him for the operation. A while later, as he lay alone staring at the white walls, the surgeon appeared and introduced himself.

‘You know the risks?’

‘Now is your last chance to change your mind.’

He shook his head. ‘No turning back.’

‘I’ve never been more certain about anything in my life.’

Rednak stared at the lights on the ceiling as they wheeled him into the operating theatre. He tried counting them to take his mind off what was about to happen but it was no good. All six of his limbs began to tremble and he knew that his bowels would have failed him if they hadn’t been so empty. This was terror, he realised.

As the anaesthetist brought the mask to his face, Rednak stared into his eyes.