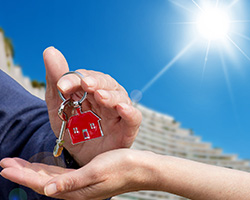 Karen looked around the decimated lander and searched for any sign of Grant. His supplies were gone, along with the picture of his daughter that she knew he took on every flight. Everything he would need to survive a new world for at least a few weeks was not here. They already knew he hadn’t crashed —he’d shot them information when he’d landed, then the lines had gone silent.

“Still nothing. I can say without a doubt that it’s not within a square mile of this wreckage.”

“Commander, we’re getting a message from Breena. She says it’s urgent,” Officer O’Sullivan’s eyebrows raised as he spoke. They all wanted to know just what that alien message had said.

Heading to the lander, Karen took a moment to breathe in deeply. The rich green world’s air lingered in her nose and lungs, until she pushed it out with an equal force. Whatever happened, she had that moment of pure bliss, and hope.

“Breena, what does it say?” Karen pressed the comm-button.

“They said…” a long pause. “They say: We are coming for Earth. Thank you for the transaction, President Carne. Enjoy your new world.”

Grant’s heart pounded. The transmitter’s green indicator light shone dimly in the now dark room. He peered around to make sure they hadn’t left a sentry. If he could get to it, he knew he would be able to power it up with the supplies he carried in his pack. He half ran, half crawled down the ramp and snuck down the rugged stairs cut out of the rocky cavern. He could feel the hum of the power source now; its blue light enveloping him. Now that he was standing right beside it, he could see it was actually larger than he’d initially thought. It was similar to the technology in all Earth’s ships, and his own ship had something just like it, but to a smaller scale. That couldn’t be a coincidence. If he was the first person from Earth here, how in God’s name was the same technology on Hawking? And what did a cavern in a cliff wall need with a massive power source?

He snapped some images with his recorder and shuffled over to his transmitter, which was still sitting on a table. Grabbing it, he tucked it away in his pack. He needed to get it working, but here was not the place. He crept back the way he’d come in, hoping he could get out without being seen, and from there he hoped the storm had ceased.

Just what had been on that message he’d recorded?

Carne sat at his desk as they arrived, the ship’s slow down was taking too long; his anticipation for their new home burned deep in his chest. The sacrifices he’d made to commit everything on Earth to this venture were a lot for one man to bear, but he tried to do it with resolve and strength. The people would never understand why he’d done it, but as humanity lived on, starting fresh in a new world, he would go on to the race as the saviour of mankind. Statues would be erected in his likeness; books written about his legacy. The regret he felt for the people back on Earth was dissipated as soon as they left their old planet’s orbit. It was a time for looking forward, not backward.

“President Carne, we are coming to a stop in Hawking’s orbit,” a voice from the speaker on his desk said.

Carne stood and looked out the view-port. He saw the Seeker already in position, Bilson no doubt already on Hawking. He knew there was no way that impulsive woman would have waited for him to arrive. None of that mattered though. He was home.

“Sir, you might want to come out here. We’re picking something up on our long-range sensors.”

Who in the hell could that be?

“We couldn’t find it from orbit, but these things do have a weak, low-energy feed to make them last longer. I think it might work, or at least give us an estimate,” Penner said, his face as impassive as ever.

Karen wished she was scouting for elevator landing spots but instead she was worried about an alien race’s deal with the Union president. She hoped Grant had some intel from here they could use. Time was of the essence as Carne and the rest of the fleet would be showing up soon.

Once they did, the elevator would be lowered to the surface. She didn’t want that to happen until they knew exactly what was going on.

“I think we got him. I’m getting a faint signal from that direction.” Penner pointed to some mountain peaks where the sun was going down.

“Let’s get in the lander and move over there.” Karen was already on her way to the door.

“Commander,” Breena’s voice came through the comm, “the rest of the fleet has arrived. Carne is asking for you.”

“Tell him I’m out of communication reach for a few minutes. That the storm must have caused interference.”

The four of them were soon lifting off the surface again, and flying over to the cliff face they could now see like a monolith in the distance. The terrain slowly went from lush grass, to hills, to desert-like red rock in a very short time.

“…I ha.e a messag…. Bilson….alie…ships…monste…” the words were cut off. As they got closer to him they heard it more clearly. Below, they saw Grant running, transmitter in his hand.

Hundreds of beasts chased after him, their footsteps like thunder down the valley.