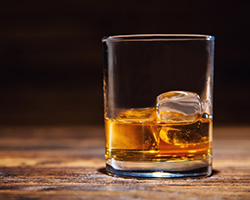 From the air Karen could see the cliff walls opening up to reveal a large weapon. Even a mile away she could hear the noise of the rock grating and hoped the sound wouldn’t impede the incoming transmission.

“Breena, did you send the message?” she asked through the comm.

“Yes, ma’am. It’s currently looping as requested. I’ll patch it through to you.”

Soon the alien voice was relaying over her comm and the text from the translator scrolled across the screen. Orders have changed. The newcomers must not be attacked. We have a treaty between us. They will be living along-side you from now on. May their presence last for an eternity on your walls. Thank you for your service. You are now free.

The message played over and over.

“Good work Breena. You will long be remembered for your work here. Now let’s just hope it works.” Karen looked behind her to the lights of the lift lowering to the surface. It would be full of people. At least one ship has made it so far. Breena had also sent her the coordinates of the incoming vessels. They would be arriving shortly.

The grating stopped and Grant removed his palms from his ears. The message they’d created in the alien’s likeness still looped. He snuck out and saw the creatures standing around confused. The one who’d been manning the console, stood up and started howling. Soon the whole room was a harmony of howls, and Grant wasn’t sure he’d ever heard a more beautiful sound. When they weren’t chasing you, they could almost be endearing.

He knew it wasn’t quite over yet. Undoubtedly the real aliens would send a message when the lift didn’t explode, and he needed to cut off the signal.

Realizing they didn’t need to stay in the caves any longer, the creatures began to march down the halls and out into the night. He could hear their song long after the last of them left the room. Unwilling to take any chances, he waiting for twenty fast heartbeats after he couldn’t hear them before he ran down to the centre of the room. He searched for a comm device, and when he found it, got to work to disable it. Breena’s fake message still played and after a couple of minutes finding no deactivation code in the alien script, he pulled out his stun gun and fired at the box. He was greeted by a small explosion followed by silence.

They’d done step one. Now he just hoped the vessels would carry on with out stopping.

Carne watched as the last of humanity transferred on to the massive lift platform. This was it. A new start for everyone.

Boone stepped into the room. “Sir, they are loaded. What are your commands?”

“Son, you’ve done a great job,” Carne said out of character and saw the commander blanch at the compliment. “Take the whole crew and get on that lift. I have some unfinished business to attend to.”

“But sir, we can’t leave without you. It’s against protocol.” Boone shifted on his heels.

“It’s an order! Now get down there!” Carne yelled. He needed to get this man off the ship and soon. He calmed and took a breath. “I have a lander on board still right? Well I know how to operate them as well as any of the pilots. I’ll be right behind you.”

Standing on the bridge he waited until the ships arrived ten minutes later. The lift was out of range and everyone had safely made it to Hawking, their new home. He’d always wanted to be remembered. Well here was his chance.

Communication came through. It translated. Stand down. We wanted this to be painless, but now we have no choice. He saw a beam firing up below the alien ship aiming toward the planet. Sipping a scotch, he pressed the remote button.

Karen saw the explosion from the lander. It was catastrophic.

“Breena, what the hell was that?”

“It appears the Santa Maria has blown up, taking the alien ships down with it,” came the reply.

“Are you safely down?”

“We’re in the lander, meeting at the lift base.”

“I’ll be there in ten. Make sure Grant’s family is ready to see him. He deserves it.” Karen flipped the comm and went to pick up her friend.

Grant couldn’t believe what he heard. It was over! His family was here and the threat was gone.

“Bilson, I’ll be right there,” he called into his transmitter.

One of the screens lit up beside him and showed a live stream of the sky. He saw something moving out there. A green pulse. A beam of light. It wasn’t over yet. One of the ships had avoided destruction, and they were pissed. He hopped back into the seat and scanned the controls.

Karen saw the beam cutting though the sky and toward her people. It was coming from a massive ship flying over her. Just above her on the cliff wall the weapon came to life and moments later an explosion rocked the air. Grant had finished the job. Relief flooded her body as Grant ran out of the caves, grinning the whole way.

“Ashes to ashes, dust to dust.” The reverend stepped back and Grant looked over the hundred plus graves already dug into their new home. He knew he saved many lives but the ship had managed to get a quick firing off before he countered them. Their lives weighed heavily on him.

He felt a squeeze on his hand and looked over to see his beautiful daughter standing beside him. She had grown so much in the years he’d been on this mission. No longer the little girl in the picture he still carried around. His wife was on his other side, and he turned and kissed her.

The crowd dispersed leaving Grant with his family, Boone, Karen, Penner, and Breena.

“Well, now what?” Bilson asked. When a smile crossed her face Grant laughed out load. Soon they were all laughing and holding each other.

Boone pulled a bottle out of his jacket and poured them each a drink.

“To Carne,” he said as they drank back the scotch.