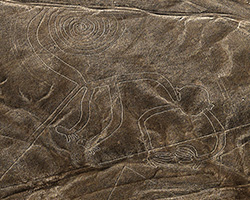 Commander Nazca knew he would be considered a hero if he completed the mission successfully. Maybe they would name the planet after him. Or at least one of their main habitations once they had settled. But first he had to ensure a secure landing of their aircraft. Thankfully he had been assigned the best possible crew.

Nazca looked at his colleagues seated around the table in the main command room. They were buzzing with excitement, and he understood why. He felt exhilarated himself.

“Right, everybody,” he began and cleared his throat. “We have a lot to discuss before we can initiate the implementation phase of our mission.”

The room became quiet and Commander Nazca switched on the screen at the centre of the table so everyone could follow. He turned on his personal screen, too. In that way, he could take notes – his memory was not what it once was. And doodling helped clear his thoughts while following the conversation.

“Let’s hear from the landing team first,” Nazca said and looked at the head engineer seated at the far end of the table.

“Yes, Commander,” she replied in a stern voice. “We have circled the entire planet, and located the different landing areas. According to the messages inscribed by the recon team, this is the best landing site for our aircraft. That’s why we’re hovering here now.”

The head engineer pulled up a video feed that showed the ground right below them. The landing instructions were clearly marked as a series of white lines across the desert plateau.

“However,” she added suddenly. “The ground is too soft to put the aircraft down on its landing legs. So we’ll have to stabilize it in hover-position while we unload.”

Commander Nazca removed his index finger from the screen in front of him, and gave her a querying look. “So why are we landing here, then? And not somewhere else where the ground is solid?”

The head engineer’s jaws moved slightly as she grinded her teeth before speaking. “This is the location where we’re certain to not be observed by any other biological creatures. As instructed.”

Commander Nazca nodded slowly and looked down at the doodle he had made while listening to her. It was of one of those creatures they had observed. It looked like a child, but it had a long tail and was furry, and it did not seem to be very intelligent. An irritating red button flashed incessantly in the left-hand corner of his screen – for no apparent reason. Or at least Nazca had no recollection of what it was for. He had to push it several times before it disappeared.

“Right, that leads us on to the next topic we need to discuss. Are we certain no one will notice our arrival here? What signs of intelligence have you seen?” He looked at the expert in intelligent life forms.

“Well, we’ve seen several biological creatures on land as well as in the water and air, but none of them seem capable of a high level of communication, and none of them have built any sort of habitats that are more advanced than a heap of wood or holes in the ground,” the expert replied. “And none of them seem to feel threatened by our presence.” He was silent for a while before he continued in an excited voice. “But have you seen how many different creatures there are? I don’t think we ever had that many on our planet! I’m going to be so busy studying them all.”

“Now, now,” the commander interrupted. “We are not here to study the creatures. Remember that. The sole purpose of this mission is to build the pioneer habitat that can welcome the rest of our people as soon as possible.”

The expert lowered his head and nodded sullenly. Commander Nazca looked at his screen for the next item of discussion.

“As soon as we can put the aircraft in hovering position, I want all the teams to start unloading the materials and equipment we have with us. Are you all clear on your tasks?”

The crew seated around the table looked at each other as they exchanged a couple of words, reassuring themselves and the others on their team that they understood the job at hand.

“No questions?” Commander Nazca looked around the table slowly, resting his gaze on each crew member, one at a time. A young woman shifted on her chair as he looked at her.

“Well, I’m not sure why we are here as Planet Ambassadors? I mean, we haven’t even settled down yet. What function does our team have at this stage?”

Commander Nazca finished his last doodle – it was of one of the biological creatures that could fly, looking just like an aircraft – before he answered her. And he had to push the annoying flashing button on his screen again.

“This time the Council of Wisest wants to ensure we make no mistakes. We want to stay on this planet for good. No boiling oceans, no toxic air and no loss of biological life. Hopefully we’ll never have to wear our heat-protection suits again. You need to make sure of that.”

The commander got up and stretched his arms. Drawing with his index finger always made his wrist stiff.

“Right, are we all ready?” The crew nodded, and an excited buzz broke out among them again. “Let’s get this aircraft down. Bring up the video feed and the speed and location data on the main screens.”

The head engineer executed the order and a moment later they were all staring at the lines on the ground.

“What’s that?” Commander Nazca shouted in a hollow voice and pointed at the video feed of the ground. The guiding lines had been obscured with new lines. Everyone could see they represented the biological creatures observed on the planet.

After a nervous silence, commander Nazca slapped his hand on his moist forehead as he muttered softly: “Oh, no. The laser canon.” Now he remembered what the irritating red button was for.

“The lines and geoglyphs of Nazca, which were scratched on the surface of the ground between 500 B.C. and A.D. 500, are among archaeology’s greatest enigmas. They are an extraordinary example of the magical-religious world of the ancient Pre-Hispanic societies on the Peruvian south coast.”