The Bridge of Souls 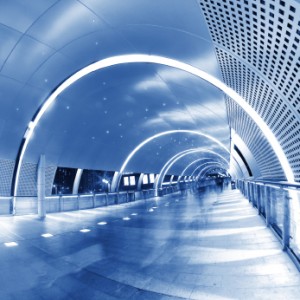 Shen-Kw’aim crouched in front of Jeta and Shan, and took a moment to embed their faces in his memory. He reached out to Jeta, brushing his daughter’s hair back from her eyes, and then put his hand on his son’s shoulder, squeezing just a little.

“Remember,” he said, “this body is not what carries our soul.”

He stood and took Elana in his arms. She wanted him to stay; her clutching hands told him so, even though she knew the contract was unbreakable. The pain ahead would be worse and more prolonged if he didn’t go. She shook against him, her tears wetting his shoulder and it was all he could do not to break down and show his fear. He used precious moments taking his wife in his arms and kissing those soft lips once more, parting them, melting into her.

A sharp pain in his wrist made him pull away. He could hide it no longer. He let his wife go and turned away.

It was time to die.

He started up the Hill of Souls, avoiding a new-soul who skidded down the path, sure of her way but not sure on her feet. Her face was lit with the wonder of sensation.

The building at the top of the hill, raised of silvered stone and glistening in the sun, was close now. Shen fell against the glass door, pushing it open with his left hand – his right arm throbbed from his wrist up to his shoulder, and the very thought of using it brought tears to his eyes. He hurried to the receptionist, cradling his right wrist with his left hand. He presented it to her, and already – so quickly, much quicker than any of his seven previous deaths – his soul was wriggling under the skin, making it bulge and rend the tissues beneath. He should not have delayed; he was glad he had.

She handed him a soul-key and he made his way to the Bridge of Souls, fighting a groan as he did. Sweat broke on his forehead. He thumbed the key – the mere flexing of his thumb a spear of agony – and the soul-bridge extended before him, a silvered walkway reaching to the chamber beyond, from which a soft light pulsed.

He stepped onto the walkway and started across, his steps stumbling, his back crooking with each step. His skin tightened and aged, lines deepening before his eyes. A bolt – a single bolt, but oh, so clear – left his wrist and he cried out, clutching it to his chest. His other hand closed tight against it, but still his soul bulged from the skin. Its tip broke free and wriggled in the air, a silver strand of agony.

His knees were weak, barely holding him, and his breath came in gasps. He had to stop and screw his eyes against the pain. Three feet lay between him and the chamber: he made the first with steady, teeth-gritted steps; the second was stumbled through a new bolt of pained fire; the third he managed, doubled over, close to crawling. He stopped at the entrance to the soul-chamber, and its guardian grabbed him, half-carrying him across the threshold.

The guardian – a mid-year-soul – looked unruffled: he’d seen death too many times to move swiftly in its face. “Come.”

He took Shen across the dimly-lit chamber to the soul-catcher, the fountain of light in the centre. It pulsed its gentle light and Shen cringed back from it.

“Your arm,” said the guardian.

“You chose,” said the guardian. “You cannot unchoose at the point of pain.”

He seized Shen’s arm, bringing a cry of pain, and clamped it to the catcher’s platform. The clamp held Shen at the elbow, tightening at his writhing attempts to free himself.

“Have mercy,” Shen whispered. “End it for me. I should not have chosen this.”

“You know I cannot – you chose to live again. You knew the soul must be returned.”

The extractor lowered to the guardian’s hand, its thin blade pointed with precision at Shen’s soul. Shen was sweating, sour sweat, his body knowing what was coming and fighting against it.

The guardian set the glass blade against the bulging skin. Shen’s soul coiled towards it, sending fresh agony through his arm to his chest and shoulders. He closed his eyes, willing himself not to scream. He had last time, and the time before. Perhaps once he’d held back. He thought he had.

A ripping. He threw his head back and howled, the sound filling the chamber. His arm was a mass of pain, his chest meeting it, embracing the death to come. Another tear, and Shen tucked his head against his shoulder, biting the skin. The new pain was exquisite in its purity.

“I’m sorry,” said the guardian. “Old-souls fight the most.” He touched Shen’s chin, making him lift his head and look into his kind eyes. “This will hurt.”

Our Lady, it already does. Wordless, Shen nodded. The guardian ripped.

“Don’t stop until it ends!” Shen’s next words failed him, and he was all pain and nothing else.

The guardian pulled Shen’s soul, its silvered links expanding and making a bridge to the cradle set within the light. The chamber took his soul, unravelling it, until the lights stopped pulsing. The soul hung from Shen’s wrist, the last link still to be severed.

Shen didn’t answer. His soul coiled, fighting him, and he gagged. He beat his free hand against the catcher’s surface, and its noise boomed through the room. Shen shook his head. No; his choice was no, he couldn’t face this pain again. He opened his mouth.

Elana. There would never be another Elana. Sweat trickled down his back. No more children to hold, nor the joy of seeking out Jeta and Shan, and presenting him, their father, to them. The pleasure of a lantra steak, beautifully prepared. The moment of perfection when he joined with a woman and life was at its acme.

Ah, but, the pain… his eyes closed – he couldn’t make the choice.

“You must choose or the soul will be freed. Go again or let it end?”

To be reborn, to have his soul implanted in a fresh body. To have another life, even knowing this pain would await him at its end. Or to let it free, and never be hurt again.

He whimpered, too weak to give the answer he craved.