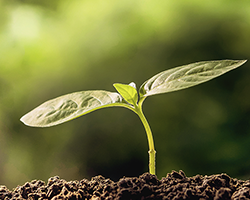 Long, long ago, at the time of the grievous slaughter when great oaks were hewn to build King Philip’s ships, we fell.

We were ripe and ready, our silky skins darkening to chestnut brown as we nestled in our prickly cocoon. Barely had we settled on Mother Earth when strong fingers took us up and cracked open the green wrapping that held us together. Calluses scarred the palm of a human hand as hard as father’s bark, with wrinkles and deep chasms cutting across the thickened skin.

Fingers plucked me from the soft white of my casing, tossed me in the air, and caught me. I would be his lucky chestnut, the man said to his companions, keeping him safe on his long voyage, and bringing him riches beyond imagination. Then he stuffed me inside a pouch and all was darkness, smelling of tar and tobacco and sweat.

Hidden from the life-giving sun and the kiss of the warm Spanish breeze, I could see little but the quilted lining of my sailor’s pocket, so I can only tell of my own adventures.

I know my sailor took me aboard his ship, because I felt the sway and lift of the deck; heard gulls screaming and ropes slapping against wood. I spent most of the voyage tucked close to his heart, the sound of his lifeblood my constant companion. Pum-pum, pum-pum. It beat steadily, even when the wind tore into our ship’s highest branches, making her toss and squeal in fear. Pum-pum, pum-pum. It beat steadily when the guns ran out, when cannons thundered, and when timbers quivered. But when smoke drifted across the water towards us, finding its way even into my hiding place, then his heart beat as fast as that of the tiny blue tit who’d built her nest deep in a hole in my mother’s trunk. Pum-pum-pum-pum, Pum-pum, pum-pum.

“Fire!” the sailors cried. “Fire ships, heading straight at us!”

The snapping roar of burning wood reached us on a wave of heat. Everyone ran, my sailor amongst them, to pile on more sail. Their screams were drowned by the thundering conflagration. The great ship rose and swooped, spinning out of control. My sailor’s heart stuttered, tripping over itself as the edge of a flame caught his skin. His shrieking haunts me still, locked in the memory banks of my xylem and phloem, entwined with the smell of burned hair and flesh.

We pulled clear, somehow, and the crew must have put out the flames, because after a while we were under way again, with gulls swooping all about us, but our ship seemed heavier in the water. She rolled more and took longer to recover each time. Pumps worked noisily, gurgling and sucking, water surging overboard into the sea. My sailor worked on with movements less sure, his bare feet slapping unsteadily along the decks as he nursed his injuries. He pressed his pocket time and again, murmuring thanks for his survival. Perhaps I was his lucky chestnut?

It happened when we were aloft in the crow’s nest, with rain and wind lashing us like a cat-o’-nine-tails, the ocean’s fury flinging us from side to side. Possibly his burned hand slipped, missing its grip on the wet lines. I’ll never know. But together, we fell.

The sea embraced us in her cold arms, enfolding us, drawing us down into darkness. Singing voices surrounded us: haunting, but sweet. It soothed and calmed me, but my sailor wasn’t ready to die, not yet. He struggled and thrashed, trying to save us both, but the sea would not let him go, and finally his heart stuttered into silence, pum-pum … pum … pummm. His body became a broken branch carried by the tide, dragging me along with him, trapped in his shirt. Cold ate into me, bringing a new sensation deep inside: an awakening, an urge to grow and stretch.

I know not how long we drifted, my surging energy bound to his lifeless body, but the sea finally tired of her game and flung us high onto a rock, where waves sucked at us, slurping and lapping, unwilling to quite give up their prey.

My sailor was dragged clear of the sea. Rough voices spoke in a harsh, guttural language and hands pawed at him, delving into his clothes. I was lifted out into grey daylight and examined, then tossed back into the pouch where I’d lived for so long.

People brought their children to see my sailor, to wonder at him, but he was beginning to smell, even in this deep winter freeze, so they dug a hole in the earth and dropped us in it.

It was dark, but I didn’t mind. I felt safe, safer than at any time since my sailor lifted me from the ground. The need to grow became impossible to resist. I stretched, and shoots moved towards the light, while roots forced their way through the rich nutrients that were all my sailor had left to give me.

Countless seasons have come and gone. People still come to this quiet graveyard to wonder and question. They lift my children from the ground around me and carry them off in the winter, perhaps to plant them, but more likely to roast and eat them for Christmas.

My sailor is still here with me. He is in my roots, under my bark, and in my spring-green leaves. But there is a weeping scar in my bark that will never heal.

I have failed him.

I was supposed to be his lucky chestnut, but I hadn’t been lucky enough to keep him alive, had I?

Finally, after all these centuries, I wonder if I might have had it the wrong way round? Perhaps my sailor was lucky for me, because here I am, stretching my arms towards the sun, free to drink from the earth and feed from the sky.

I am the Great Armada Tree. 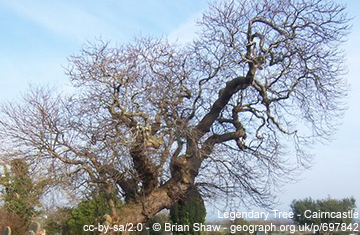 The Armada Tree does exist. It grows in a quiet country churchyard near Ballygalley in County Antrim, Northern Ireland.

Local legend tells of a sapling growing from the grave of a drowned sailor from the Spanish Armada, sprouting from a sweet chestnut he carried in his pocket.

Dendrochronological tests carried out on the tree confirm that it does indeed date back to the sixteenth century, lending credence to the legend.