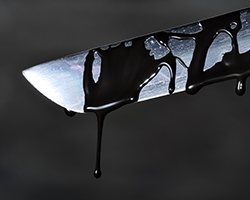 Sukhbir, the older of the priestess’s guards, points to a broken wall well away from the crowd. Girl sits. She likes Sukhbir. He’s kind and gentle and makes her laugh. He’s her friend, and she’s never had a friend before.

The young guard, Lal, is nice enough, but smells of rice wine and raksi, reminding her of Aprakash. The priestess is beautiful, but far away somehow, as if always thinking important thoughts.

And Sukhbir is the one who bought clothes for Girl – new clothes, not ragged cast-offs – which keep her warm as they climb higher and higher into the mountains. He’s the one who holds her when she’s sick, which is often, as she isn’t used to having such rich food and so much to eat. And he’s the one she rides with, sitting before him on his great horse, while he tells her about the monastery and the priestesses, who she mustn’t call “lady” but “honoured one”, because the Lady is the goddess, the Lady of Six Aspects, though Girl doesn’t know what an aspect is. But whatever Sukhbir says to do, she does. So when he says “Sit here.” she sits.

“You have your flute?” he asks. She takes out the bamboo whistle from her pouch. He bought both whistle and pouch, too, and little wooden Doll, who lives in the pouch. Girl doesn’t understand what Doll is for, but she loves it; Sukhbir said it was a present, and it’s the first present she’s ever had.

“You remember what to do if you’re frightened?”

She blows on the whistle. It makes a loud, harsh noise, very different from the lovely tunes he plays on it.

He ruffles her hair, then walks back to stand with Lal. The priestess is giving judgements, which she’s done many times on the journey. Usually Girl sits nearby, but sometimes, like now, Sukhbir takes her further away. This time, a woman wants to go with them to live at the Lady’s monastery, but she’s married to three brothers so needs a divorce. Another word Girl doesn’t know. But she can guess why the woman wants to leave the brothers – they all look like Aprakash, with heavy hands and nasty faces.

The priestess needs to know what the husband-brothers have done, which is why Girl sits, almost out of earshot, pretending not to hear, not to listen, as the woman weeps.

Girl sits on another broken wall, out of earshot again, this time by choice. The woman got her divorce. She’s with the priestess in the house where they’re staying, still weeping. Lal leans against the wall next to Girl, as tired of the tears as she is.

“We need flat-bread and I’ve a hankering for yak cheese,” says Sukhbir, joining them. “I’ll check on the horses, then see what I can find. Keep an eye out for those demon-husbands.” The order is for Lal, but he’s thirsty, so when Sukhbir is out of sight, Lal puts a finger to his lips, pats Girl on the head, and strolls off.

With Doll helping, Girl takes on Lal’s duty. She stands on the wall, looks around, marches up and down, looks around again. She’s starting to wish she’d gone with Sukhbir when she hears angry voices. Walking further, she sees the husband-brothers approaching with several men, knives and clubs in their hands.

She jumps down. “The demon-husbands!” she cries, running for the house.

The priestess is at the door as Girl reaches it – she pulls Girl inside and throws it shut. They push a chest against it, then Girl shutters the windows while the priestess and woman pile stools and coffers on the chest. But the men are already there, pounding on the door.

“Upstairs!” orders the priestess, bracing herself against the chest. “Draw the ladder up. They won’t dare harm me.”

Girl isn’t so sure, but she pulls the woman to the ladder which goes to the loft, pushes her up, then follows. Doll has been lost in the panic, but Girl still has her whistle. She blows on it as the woman drags up the ladder. But the walls are thick beaten earth; Sukhbir won’t hear.

The roof is low and poorly mended. Girl batters and tears to make a hole, then climbs out and crawls to the edge of the roof. Below, the men are hammering at the door, forcing it open, inch by inch, laughing as the priestess threatens them with judgement and justice.

Girl blows hard on the whistle, blows over and over until she’s dizzy, though the men fling stones at her. Then Sukhbir is there, calling on the Lady as he runs, his long kukri-knife in his hand.

He hurls himself at the men, and it’s as if he’s dancing, his kukri leading him in the steps. The men fall, blood spurting from throats and breasts. Wild joy shines on Sukhbir’s face, and blood, blood is everywhere.

Girl’s whistle falls to the bloodied ground. Sickened, trembling, weeping, she turns away, from her saviour, her friend.

“We’re nearly there, little one,” says Sukhbir, drawing his horse alongside.

Girl rides with the divorced woman now, not with Sukhbir. She no longer sits with him, or sleeps by him, or eats and laughs with him. No longer even looks at him. She can’t. She knows she’ll see wild joy on his face and blood dripping from his kukri.

“It’s the new moon,” he says, though she tries not to hear, not to listen. “Today, the Lady’s statue will be newly dressed as Justice, the greatest of her aspects.”

“But you won’t see my statue, not yet,” says a voice in Girl’s ear. It’s the first time the goddess has spoken since they left Naala and the village, and Girl immediately feels cheered, comforted. “You must go directly to the Postulant House. Tell him. Tell my priestess.”

Girl can’t. She hasn’t spoken, not once, not to anyone, not since she climbed down from the roof. Words stick in her throat.

Gates stand open in the high, white walls of the monastery, but the priestess rides past without entering. Further on, people are kneeling, and two women hold up saffron-coloured cloth, hiding something.

Girl slips from the horse as the priestess and the others dismount. She kneels as they kneel.

“Close your eyes,” says the goddess. “Close them!”

Girl doesn’t. She must see her Lady.

A prayer gong sounds, the cloth falls. Everyone lies flat on the ground. Everyone but Girl, who cannot move.

The statue’s face is covered by a nightmare mask of blackened wood, all cruel fangs and wild staring eyes. Its body is clothed in dragon-scale armour, red-stained and terror-making. And in each of the Lady’s six hands there is a kukri.

Girl won’t hear, won’t listen. Sickened, trembling, weeping, she turns away, from her saviour, her goddess.