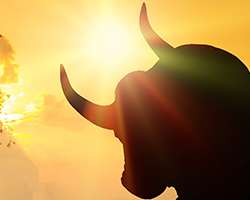 Hear my prayer, Lady, and remember me. I was six years old, no one, nothing, but you found me. Girl was my name …

Girl doesn’t respond, only crawls further into the gap beneath the house, deeper into the shadows. She’s done nothing wrong, but Naala screaming for her like that means a beating.

“This is how I’m repaid for my compassion and benevolence,” cries Naala as villagers gather. “But it certainly shows I lacked wisdom, taking in the orphaned babe, caring for her for five long years. In truth, she’s as wicked as her feckless parents. But I’ll have judgement-giving and justice before the god. As Temple Elder, I demand it.”

Girl doesn’t understand all the words, but some make her tingle inside. Then Aprakash stumbles from the house, half-drunk on rice wine and raksi.

“Why all the shrieking, Mother?” he demands. “What’s the brat done now?”

“Theft! Theft from my own house!”

The villagers gasp in horror; Girl almost cries out in shock.

“You’re sure?” asks someone. “Perhaps they’ve been misplaced. Check your other coffers.”

“Of course she’s sure,” thunders Aprakash. “No need to check, Mother. Of course the brat stole them.”

“But what would she do with them?”

“She … she probably threw them in the lake. For spite.”

“What made you look for them, Naala?” asks another villager. “There’s no ceremony for a month.”

“I planned one tomorrow before Aprakash leaves, to beg the god’s protection for his journey.”

Aprakash swears at this, then stumbles away.

Beneath the house, Girl lies rigid with fear. She doesn’t face a beating. Theft from the god means death.

Girl remains hidden all day. Only when dusk falls does she creep to the temple. She rarely enters the god’s house, for the buffalo-headed Ishwan frightens her, but no one else can help.

Inside, past the offerings and brightly painted shrines, stands the god’s image, twice a man’s size, his giant horns reaching almost to the roof. The water buffaloes Girl tends are gentle, patient; their strength used for working the terraced rice paddies, their horns for scraping mud holes to wallow in. But Ishwan is more demon than god, all anger and violence, threats and bullying – he and Aprakash can’t be separated in her mind – and though he carries sickle and mattock, she knows his strength is for fighting, and his tools and horns thirst for blood.

Despite her terror, she kneels before him. “Lord, I didn’t steal your horn-caps. Please don’t let them punish me.”

But Ishwan is too busy bellowing his rage to notice her – his temple is neglected, with holes in the roof and raised floor, and rats have gnawed the sacred peepul-wood carvings – and Girl again wonders how nobody else seems to hear him. She turns to the other gods, but they’re loudly complaining about the rats.

Yet piercing the bellowing and grumbling is a thread of silvery music that sends a magical thrill through Girl, like the tingle from the words Naala used. The words have echoed in Girl’s mind all day, as Naala has endlessly repeated them, and now she finds herself reciting them to the music – compassion, benevolence, wisdom, truth, judgement-giving, justice. Warmth seeps into her thin bones.

Then from outside comes Naala’s voice: “I’m sure she came this way.”

“Go home, Mother,” says Aprakash. “If she’s here, I’ll find her. And beat a confession out of her.”

She runs to the far end of the temple, praying to any god who might be listening. There’s a hole in the floor. She’s small for her age and skinny, but it’s tight; only terror squeezes her through. As she lands, with scampering and squeaking all around her in the dark, she realises where the rats live. She creeps to a corner, makes herself as small as possible.

Aprakash’s feet thump across the floor as he walks each circle of the temple. Girl pictures him looking behind each pillar, each statue, then – she holds her breath, prays to be invisible – he kneels at the hole.

His arm thrusts through, reaching for her. He cries in triumph, then screams as the rat he’s caught bites him.

“A pity its bite isn’t lethal,” says a voice in Girl’s ear; a woman’s voice, silvery as the magical music, cool as spring water.

Girl freezes. Above her head, Aprakash stamps out, locking the door behind him.

“Now we can talk,” says the voice.

“A goddess who was listening.” In the darkness, for a moment, a face appears – pearly-pale as moonlight, a thousand times more lovely. “You called on my aspects.”

Girl doesn’t understand, but she’s too afraid to speak.

“Since you didn’t steal these horn-caps, we must discover who did. Theft is usually for gain. Could they be sold here?”

Girl shakes her head. Never. Not in the village.

“Are traders due here soon?”

“Perhaps the intention is to sell them elsewhere. Is anyone leaving the village? Going on a journey?”

“Ah. And who could easily steal things from his mother’s house?”

Yes, she can. When it’s full dark, she climbs out through the holed roof, then flits across the village. As every night, Aprakash is out drinking. Naala is snoring.

Heart beating hard enough to burst, Girl slips into Aprakash’s room. She soon finds a bag stuffed with gold – necklaces, heavy earrings, an amulet-seal like Naala wears, and the two golden horn-caps. Girl races back to the temple with everything.

“Leave the jewellery and amulet-seal here on the ground,” says the goddess. “Not the caps, though. You must climb the statue and put them on its horns.”

“Imagine you’re a mouse, who cares nothing for this trumpery demon-god. And I shall be with you.”

Girl realises she can no longer hear the god’s bellowing. She’s no longer afraid. She climbs.

“I shall be with you,” the goddess says again.

She’s found by the First Elder, the kindest villager; she’s not even beaten.

“She’s terrified of Ishwan. She would never enter the temple alone. This is the god’s doing.” Everyone agrees, even Naala.

Aprakash scowls at Girl. “I know it was you. I’ll be revenged.”

“Don’t be afraid,” says the goddess’s voice in her ear. “I won’t let him hurt you. You’re mine now. And I shall come for you.”