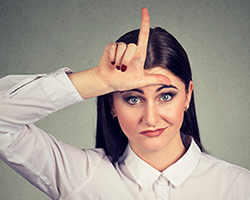 Now they’ve gone, I’m bored. I sit alone in a darkened room, drumming my fingers on my knees.

Although, I’m not entirely on my own. It’s there, staring at me but not seeing anything. It will see, if I want it to. But I can’t … I can’t let it see me. It will judge me, just like they all did.

The smack came so hard to the back of my head that my nose hit the desk. I didn’t make a sound, but everyone laughed. I looked down at my notebook. There was blood on it now.

I ignored the voice and dipped a pen into my own blood, trailing it across the page. I heard more sniggering and then a clatter of chairs as everybody rushed to take their seats when the teacher entered the room.

Somebody tapped me on the arm and a note was shoved into my hand. Weirdo it said. I screwed up the paper.

“Give me that, please.” The teacher thrust her palm towards me. I hadn’t realized she’d stopped speaking. I put the note in her hand without looking up.

She sighed. “Look at me,” she said, and when I looked, she sighed again. “Go and wash. You’re bleeding.”

She said it as if it were my fault. I pushed my chair back and got up. I left the room and didn’t go back that day. My parents were angry.

“What are you building?” Dad peered over my shoulder as I tinkered with my tools.

I couldn’t be bothered to reply. He wouldn’t understand anyway. So I said nothing.

“I asked what you were building.” He waited a moment for my response, then when it didn’t come, he said, “At least you’re doing something, I suppose. Your mother thinks you’re depressed or something. You’re not are you? Depressed?”

I picked up a spanner and tightened a bolt, annoyed he wasn’t leaving. I sighed loudly, hoping he’d get the hint.

He growled impatiently. “I asked you a damn question, you can at least have the decency to answer it!” he said. “Son!”

I gathered my things, packed up my toolbox and walked away.

For a moment I stopped walking. But I didn’t turn around.

I’d been frowning over my notes when she came up behind me. I was sitting under a tree. I’d thought I was alone.

“Boo!” she said. She sat beside me. I ignored her and scribbled an equation. This was important stuff; I needed to get it absolutely right for when it came to putting everything together.

I knew she was watching me. I could feel her eyes on me. “They think you’re gay, at school,” she said. “Are you?”

I gave her a look before turning away. She was a popular kid – I wasn’t about to speak to her. I was sure no matter what I said it’d be turned back against me somehow.

She grabbed at my crotch suddenly and I gasped and hurried to my feet, dropping my notebook on the ground. She laughed. Loudly.

Anger bubbled up in me, and I snatched up my book and marched away. “I guess that answers my question!” she called. She was a bitch.

I decided a long time ago I was going to be a very rich and powerful man. My project was going to get me the recognition I deserved.

I took apart computers at school to get the bits I needed. Teachers caught me, and I was given a detention and ordered to give the parts back. I didn’t bother. They soon replaced them anyway.

A boy at detention beat me up and called me a loser. I kicked him in the groin, and he responded by punching me until I blacked out.

I woke up in hospital hardly able to see as my eyes were swollen almost shut. That put my work back for some days. I lay in bed and thought of nothing but motherboards and gyros and motion sensors.

I went back to the same school. My parents didn’t want to move me anywhere else. I suppose they didn’t think I was worth the bother.

I heard the word “loser” every day. But I believed in karma, and they’d get what was coming to them.

After all, I’d nearly finished it. My baby. I would show them.

I felt like laughing like a maniac. I wanted to throw back my head and laugh like one of those crazed scientists I’d seen on TV. Instead I grinned like a schoolboy and ran to get my mother.

When she came up to my room and I unveiled my masterpiece, she was silent for some time. I waited.

“That’s … very nice,” she said. Her pause was enough to tell me she was lying. I’d worked hard and she couldn’t even be honest!

I frowned and looked from my creation back to my mother. She had a look of vague disgust on her face. “I think we should put it in the garage,” she said. “Well? Go on, put it away!”

I picked up the remote control and pressed the activate button. I’d show her what it could do.

I watched as it speared my mother through the heart. I’d given it legs so it could go downstairs. It killed my father, too, though I missed that.

I hid in my room, my heart pounding, as my baby took on a life of its own. I’d poured my soul into that thing. It was murderous. That’s not what I’d intended, but I took pleasure in hearing the screams fill the street as my creation destroyed everyone I knew and loathed.

When I peered out the window, I saw it carve up the girl from school. I think she screamed the loudest. That turned me on more than anything.

Then everything went quiet, and I went to sit at my desk to wait.

When it returned to me, the once shining silver metal was crusted with dried brown blood and other matter I didn’t like to hazard a guess at.

I reached for the control and turned it off. Now I sit and stare at it, wondering what to do next. I’m bored now that they’ve gone.