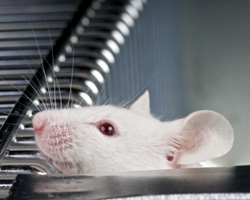 All Con had to do was find Paula and then somehow get the news to Francis and get him to get them as far away from that place as possible. Easy.

The keys she’d managed to get hold of were of little use. The door to the ominous sounding ‘basement’ was opened by typing a code into a keypad – not by any sort of traditional lock or bolt – and this information she had gathered from Mia, who’d heard it from Carlos, the chef, who couldn’t possibly say where he’d heard it from and who, in Con’s opinion, was being obstinate because he was frightened of some sinister faction probably running the facility.

There had to be another way. She’d seen guards around the stairwell to the basement and seen the ‘staff only’ signs on the wall, so there was definitely something going on. She’d been steered away by a smiling carer when she’d ventured too close and she’d had to apologise and blame her newbie status for her lack of direction.

Just as she was about to admit defeat and take the keys back to Dora before anybody realised they were missing, she stopped outside a classroom – two glass tanks at the back of the room caught her eye. She looked over her shoulder, tried the door, and then went through the keys until one fit the lock.

Smirking triumphantly, she slipped into the room. She skirted the desks and chairs and approached the tanks. One contained gerbils, two of which were kicking up sand as they burrowed, but the other had three little white mice inside, curled up in pink nesting material.

Result! Con took the lid from the tank and carefully lifted out one of the mice. With another look to make sure nobody was watching, she stashed the little animal inside her top, quickly put the lid back on the tank, and then left the classroom.

The small warm body fidgeted against her chest, its tiny nails scratching her skin. She walked quickly back to Dora’s and surreptitiously handed her the janitor’s keys.

“The doctors took him to the medical ward,” Dora replied, her voice low. “I can visit him and slip the keys back into his pocket. I don’t think I blinded him, like, permanently.”

“That’s good.” Con gave the girl a reassuring smile and squeezed her arm. “You did good, Dora.”

She turned to leave but Dora stepped out of the bedroom and reached out for her. “Did you get what you wanted?”

“And you’ll get Paula back?”

“I hope so.” She ushered Dora back into her room, not wanting the girl to get into any trouble. “Keep your head down, okay? Mia can help me now.”

Mia, as Con had expected, had taken some convincing and it had only been her threat to expose her ‘relationship’ with Carlos that had tipped the scales in her favour.

She sat in her own bedroom now, on the bed, looking up at Mia standing before her.

“You’re not going to scream?” she asked, reaching inside her top.

“Girl, what sort of person do you think I am?” Mia demanded, folding her arms. “I don’t scream.” Her eyes narrowed. “What’ve you got in there?”

Con lifted the mouse out by its tail and set it on her palm. Mia raised one eyebrow and said nothing.

“I’m going to take control of its mind,” Con explained. “My body will stay here, on my bed, and my mind will go with the mouse.”

“Carry me – the mouse – to the basement stairs. Just set me down out of sight and come back here.”

Con grinned. “Yeah,” she said. “That’s it.” She passed the mouse to Mia and when it was in her palm, she touched its nose. When she opened her eyes, she was looking through blurred mouse-vision.

She fought the urge to wash her whiskers and sat square in Mia’s hand. She was aware of movement but the mouse’s eyesight really wasn’t good at all and she had to hope the other senses made up for it.

Eventually she felt the floor beneath her paws and, trusting Mia had put her in the right direction, she bounded away, keeping to the wall.

Stairs. Her whiskers twitched, feeling the way the air changed. Something smelled. People. Guards? She hopped down the stairs, moving quickly. A draft alerted her to the gap beneath the door and, flattening her chest, she squeezed under it.

And then she sat in the gloom, ears swivelling, listening out for anybody who might be there. She could smell something. A clinical smell and something metallic. The mouse’s eyes blinked as Con tried to see properly.

The room was full of large shapes, rows and rows of them. She stood up on her hind legs and sniffed.

She scampered to the nearest shape. It wasn’t unlike a metal wardrobe though it smelled like a hospital. Using her paws and tail to grip, she clambered up the object, feeling wires and plastic tubes beneath her feet.

Whatever it was, it was something bad. She couldn’t shake the feeling that she wasn’t alone in the room, though she couldn’t smell any people.

Ah. A change in the airflow again – the mouse’s sensitive whiskers picked up the most subtle of changes. And, yes, there was a vent in the side of the… whatever it was. She squeezed through and then hung there, her tail curled around one of the vent’s slats.

It was cold inside. She sniffed the air. Something smelled vaguely human.

The mouse’s little heart raced. Bunching her muscles, Con leapt and landed on something that felt horribly like human hair. It was, she quickly realised, human hair.

She wasn’t sure if mice were capable of grimacing, but she was mentally grimacing as she clambered over the person – down onto their shoulder and down the arm. Tubes. More tubes.

Was this Paula? She doubted she’d be that lucky. Would Paula smell at all like her father? She had to hope so. She had to get out of the… it felt horribly like a coffin though she supposed it was some sort of suspension… thing. A pod.

Get out, go to the next one; keep going until she found Paula. And then? Then she’d figure out how to get them both the hell out of there.