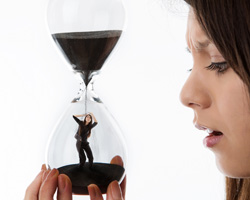 Paula woke to something wet and warm on her hand and she opened her eyes to see Buffalo licking her skin. The floor beneath her was cold and hard and the room had an overwhelmingly clinical smell.

People were talking. Excitable low chatter filled her ears. She grabbed the thick fur on Buffalo’s face and he pulled her to her feet. Her head spun so she clung to him, frowning at her surroundings.

The last thing she remembered was the guard telling her to sleep and shooting her with what she presumed was a dart. And they’d taken her here? It was like something out of a sci-fi film. A cold room full of pods – some of which still had people trapped inside. They looked dead though it must have been suspended animation. She hoped they weren’t dead…

“Hey.” She reached out for the nearest person – a middle-aged woman with dark skin and greying hair. “What’s happening?”

“We don’t really know,” the woman said. “Some people said they saw a mouse just as they woke, I think maybe it’s one of us – a girl with an ability.”

The woman was perhaps a little old to refer to herself as a girl but Paula had other things on her mind. She leaned against Buffalo, using him to keep her upright. “I feel so weak,” she said.

“You would do.” The woman pointed up into the corner of the room, where a camera stared at them. “The light’s not on – nobody’s watching. Somebody’s helping us but we need to get out of here quickly.”

Paula’s head was fogged up. How was she supposed to think straight? There was too much happening too fast. She rubbed her forehead. “We can’t get out.”

“I can get us out,” the woman said. “My name’s Angela, I can melt things with my hands. If I can melt the lock I can just push the door—”

“She’s right!” Another woman came forwards, those nearby turned to see what was happening. “Even if we get out of this room we’re still stuck in the facility.”

Paula blinked. The woman seemed familiar somehow and a vague memory stirred in her mind of when she first came to the House of Witches. In her very first class, she’d sat next to a girl with a mole under her right eye, just like this woman had. But… she was too old to be the same girl. She should have been Paula’s age.

“You recognise me,” the woman said. “I can see it in your eyes. I know you too, Paula. I remember you.”

“It’s these things!” The woman waved a hand at one of the pods. “They suck the life out of us. Age us.”

That couldn’t be right. If they were suspended animation pods, surely aging didn’t happen? Buffalo snorted and she buried her fingers into the warmth of his fur.

Angela moved away, towards the door, announcing that she’d get them out of the room regardless. Nobody stopped her – some of the women offered help, others gathered eagerly nearby.

Paula wondered where this mouse was that was supposed to be helping them. As she closed her eyes, trying to fight the tiredness, somebody grasped her arm, making her jump.

“My sister controls the dome,” she whispered. “They took us both, when we were little, and locked us up in here. They used me, first of all, as a human battery. Then they took more and more girls and put them in the pods. My sister feeds their energy into the dome.”

The woman looked to be in her late sixties, early seventies, and Paula couldn’t help but stare at her in horror. The way the woman’s bony fingers dug into her arm made her shiver, and her watery blue gaze was intense.

“I’m Katie,” she said. “My sister’s called Beth. Come with me; we need to wake her to deactivate the dome.”

Katie tugged her arm but Paula planted her feet. “Why are you telling me?”

“They’re all with Angela now, and can’t you hear the guards outside? They have nowhere to go! Come with me quickly, I need help.”

There were shouts – from the women and from beyond the door. Angela was barely visible in the crowd, but the door glowed red hot from where she worked. Paula didn’t fight as Katie tugged her arm again and together, they scurried away down a dark corridor.

She ran, following Katie, their footsteps echoing around them. Buffalo trundled behind, his presence comforting. She glanced back at him and then looked again when she spotted something small move among the fur on his head. A small, white mouse.

She staggered and fell against the wall. Katie stopped and turned back.

Buffalo was speaking to her, in her mind. But… he sounded like a woman.

“Paula, you can hear me, right? Say something. I have no idea if this is working. It’s not really what I do—”

“Good! My name’s Con. I’ve taken control of your buffalo, okay? I was the mouse – I freed as many people as I could, chewed wires to wake them up. I can release the buffalo easily, okay, so don’t worry. I can feel you’re worried… Because he’s part of you we can talk like this.”

Paula nodded. Katie had hold of her arm, keeping her upright. “We’re going to free Beth – she controls the dome.”

“Perfect. I need to borrow your buffalo to get word to Francis. He’ll help us. Will you let me do that?”

“Francis?” Paula repeated. That was…

“My dad’s going to help us,” Paula said vaguely. She held a hand to her head, feeling faint. How could any of this be real?

Katie tugged her onwards and Paula watched Buffalo until Con made him turn and leave.