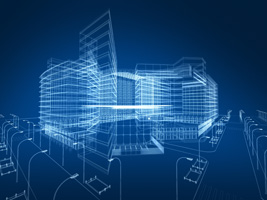 Sitting around a fire station waiting for the off is nothing unusual. We all find something to beat off the boredom. Some play cards; others watch videos. Whatever it takes.

In Seb’s case, it was designing a holograph of a three-dimensional chessboard to see all 512 squares at once, and I mean all. Not easy with eight ordinary chessboards stacked one on top of the other. Every square got his attention. He changed their colours, varied their translucencies and even altered the thicknesses of their outlines. No matter what he did, the result did not pass his acid test of seeing all the squares along any diagonal.

His comp-stick went everywhere with him. I’d once seen him unfurl it on a pub table, build the holograph chessboard and patiently adjust the shade of one square for over an hour. Of course it was with him at the Saint Philips fire.

Although we were last out of the station, Seb raced us through the back roads to arrive first at the centre of the shabby tower blocks connected randomly by bridges and tunnels. Smoke rose from a subway entrance, the third floor of one tower and a shop at the bottom of another. Screaming people streamed out of every exit in sight, including the doorways of untouched buildings. A chill of fear went down my spine as the others looked grimly on. The seat of the fire was in the worst possible position, underground. I immediately called in more backup fire teams.

Seb parked our fire engine by the square’s lake, upwind of the subway’s smoke and away from any falling debris the towers might hurl at us. The vehicle’s dashboard screen flicked to a line of tabs alongside an aerial map of the neighbourhood. Three red dots marked the smoke outlets.

“Computer, where’s the fire’s source?” I asked, while the team bailed out to set up the pumps and hosepipes from the lake  as the hydrants were dangerously close to the towers.

“Unable to give an answer,” the computer replied.

Seb, halfway out of the cab, glanced back and stopped. “That map’s no good.”

“Doesn’t show the routes between the floors.”

I nodded. Over the years, people had blocked approaches from hated neighbours; others opened routes to shorten the walk to their family. Whole floors had been denied immediate access by neighbouring floors. Towers were cut off within towers. Tunnels looped around others without a link. Ghettoism had run rife.

“No, it’s not.” He climbed back in, unfurled his comp-stick on the seats between us and stiffened it into a flat sheet.

A few tab hits later, a semi-transparent Saint Philips sector had grown upwards from the sheet. Amidst the confusion of colours and lines, three red blobs shone out indicating the smoke outlets. I could just make out that they had grown tassels of amber threads. Some merged. Others split. Lower down, a few converged into purple lines.

“The purple’s where the fire could’ve started,” Seb said.

There were five of the blasted things. He queried the computer. One was a water supply main, two were sewage pipes and the fourth was a natural aquifer. That left the fifth, a disused metro tunnel.

He wiped all the threads that did not lead there and narrowed his eyes. “Mostly air vents. In fact all except that one from the subway.” The thick thread he pointed to squirmed like a constipated worm.

The towers were being undermined and if nothing was done, they would come tumbling down, Nine-eleven all over again. We had to go down that subway, against the smoke, in narrow confined spaces, with the danger of flashovers from years of dilapidation. Despite it being a hot summer’s day, I developed a cold sweat.

I got out and ordered the crew in. They all knew the danger, but to a man quietly got on with the job. Nobody complained. Nobody shied away from that subway entrance.

Seb ran round the front of the cab, waving his 3D map towards me. He jabbed at the top end of the purple thread surrounded by a mishmash of lines and blobs.

“Break through the wall here,” he said, some way down from the subway entrance. “Go down this route.” His finger traced a green straightish tube that dropped onto the amber path. “And break through that wall there. It’ll take less time.”

A flash-tumble of the risks raced through my mind, like what if there was a cave-in when we burst through either of the walls or we rerouted the air drafts to fan the flames? It would break all standard procedures; other teams might refuse to follow the plan and we might miss the chance of rescuing people trapped on the bypassed part of the route.

The decision was mine, and mine alone. I made it in that split second of urgency…

A decision that led to Seb and me sitting in the brigade captain’s office the following Monday morning. I felt sick. We were in for a hell of a roasting.

“Ten people died of smoke inhalation! Ten Bristolians you could have saved,” the captain yelled. “Whose crazy idea was it to knock down those walls?”

“Mine,” Seb replied before I could stop him.

“I take full responsibility,” I said.

“Damn right you will. The inquest and press will crucify you, you damn fools.”

Our brigade exec strode in, file in hand. “Please don’t get up. These the two who chose the direct route?”

“My hearty congratulations on an excellent job,” the exec said, shaking Seb’s and then my hands.

I took his hand limply, too stunned to do anything else.

“What?” the captain said.

“It’s all in this report.” The exec dropped the file onto the desk. “If they’d followed normal protocols, the fire would’ve spread further and more lives would’ve been lost.”

It slowly dawned on me I had made the right choice.

I still don’t know how Seb saw the route in all that translucence. Probably due to all that practice with the chessboard. And yes, he did finally get its holograph design right. Now it’s used to train 3D map specialists to direct fire fighters away from danger and save many more lives.