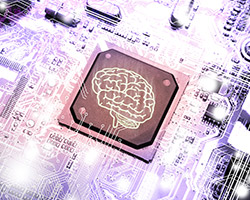 I am numb, paralysed from the neck down. Strangers over-ooze sympathy when they hear the word: quadriplegic. Family and friends avoid me, too embarrassed that they can stand on their own two feet. I hate this prison of false emotions. I want to be back in the real world, the way I was before my so-called accident.

The sea was my fascination. I would sail, swim, dive, or if it was in a fury, stand back from the shore to watch pebbles being hurled out of its spindrift.

The injury happened when I was diving in the newly discovered Forden sea cave in Gothenburg’s archipelago; 33 metres depth and 240 metres in to be precise. A pink granite boulder twinkled wildly in my lights. Curious, I diverted towards it. Two strokes should have got me there. I barely got three quarters of the way. Puzzled, I checked my oxygen via my wrist screen. Levels were normal. I felt my lips with my tongue. They were warmer than normal, a sign of carbon dioxide poisoning. My diving app had gone haywire.

I turned and swam as fast as my oxygen-starved limbs allowed.

White noise was the reply. I was cut off.

Rocks passed by too slowly. Finally, the end of the emergency rope came into view. I dashed for it and tied its end to my belt. I pulled myself hand over hand along it, my arms in agony and my head thudding.

The rope was yanked out of my hands. I was hauled forward, fast, and was bumped against the cave wall. I tried to fend myself off. Everything blurred. My head was jerked backwards. Pain blitzed through my neck.

Doctors said it was normal to forget horrors like those I had lived through. I did not remember my rescue or the first weeks in hospital. I chose to forget the frustrating months of rehabilitation, until the day the room temperature had sunk so low that it left my head shivering. My body, forced to sit up by the cage of the brace, felt nothing.

I called for help.

It twitched, then nothing. The voice control was as useless as ever.

I focussed my thoughts in the way the physiotherapists had taught me to get the brace to stand. The shivering intruded. I tried and tried again, and tired.

The next instant, I was standing. No memory of rising out of the chair. The medics had warned me that controlling my thoughts could result in memory loss, but this was scary. I felt frozen.

The thermostat on the wall read 15 degrees actual and programmed. Only four steps, lifting my arm and touching it was needed. I concentrated. The heating clicked on. I still stood by my chair, but the programmed temperature had shot to 24 degrees. It had never been that high before.

I eventually worked out how. My brain had configured messages through the sensor pads attached to my head onto the internet to control the thermostat. I tried for other things, like making coffee and manipulating the TV. Watching the astonishment on the nurses’ faces was fun.

Curiosity drove me to investigate what had been written about my accident online. Two years on, the information was buried deep, but I found it, mostly encrypted. So I learned to hack.

A message from Leo read: “Good, he can’t stand in the way of my promotion any more.” Blood drained from my head. I dug further. He had become a high-flying executive. Worse, he had had the chance to interfere with my oxygen cylinders and suit computer on board the ship.

Hatred and chance did not make him my attacker. Another message did: “It was easy to alter his oxygen flows and leave no trace.”

Shock, incredulity, fear and hatred vied for prominence within me. In the end, the cold need for revenge won. He had destroyed my life. Now I would destroy his.

I made a nuisance of myself: set off his burglar alarms, misdirected his bank payments and slipped his confidential business messages to the wrong people. I could see from his messages that he was becoming terser and irritable. That was a good start, but not enough.

I upped my tactics to damaging his goods: switched off his fridge, deleted his company computer’s anti-virus apps and substituted the wrong part in his car repair. The last was responsible for his so-called accident.

He was going to make a good recovery. He had cheated me. Again.

A misdiagnosis added to his medical records by me changed that. He was forced to wear a plastic lung. It slowed him down, but he still walked, ran a successful business and went to the theatre.

I, on the other hand, missed whole chunks of my life because I had to use all of my brainpower on ordering via the internet. Making a cup of coffee costs me three minutes of my life. It was not fair. I wanted to squeeze the life out of him. I realised I could do exactly that, by sending commands down the internet to his plastic lung.

I have options. Let him live as he is now, squeeze him a little to damage his health even more, or kill him outright. Every conscious moment I have while he is alive, I make a choice. Will his next breath be the last? I don’t know until I make that decision.

But I realise that once he is dead, I will have no more control over him. He would be out of my reach forever. Then my reason to live will have gone. I am only alive if he is alive.

This is an imprisonment far worse than my brace. It is cruel and unbearable. Tears fill my eyes. I have no choice. I can only be me if I let him go. So I make his plastic lung unhackable and wipe out every mention of him on the internet. He becomes a nobody to me. I become my true self again.