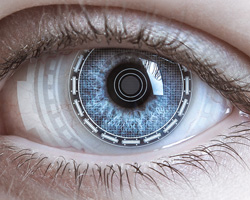 “Thinner than I expected,” she murmured, raising her arm and wiggling her fingers. Not even the tiny motors had been silenced. She heard a servo whirr as each digit moved.

“Stop whining. Your arm’s strong enough to punch through a bulkhead. Give me your right arm.”

She held it out, and suddenly realised her flesh and blood limbs had a feeling of weight, whereas the fake arm was effortlessly light. The doctor planted his fingers against her wrist and nodded approvingly. “Heart’s working nicely.”

“Will anything need replacing?” she asked.

“Perhaps in a century. Just take it easy–”

“This is the captain,” Brasidas’s voice suddenly barked from a nearby loudspeaker. “We received a distress signal and are slowing to sublight to intercept. Drusus, Gertrude, Nicephorus, Raul, Sarah and Epicurus report to the Nephros airlock and prepare to board.”

“Were the operations successful?”

“Then put her to work. This isn’t a damned passenger ship.”

Gertrude eased herself onto the ground. Something was wrong. “Am I taller?” she asked.

The doctor nodded. “Aye. That leg was a bit long, so I stretched your right leg a little to match. Congratulations, you’re six foot three. I’ll show you to Nephros.”

The first few steps were hesitant, but it only took that long to walk with confidence. “I’m surprised we’re going to help a distressed ship.”

The doctor led her from the clinic into a narrow corridor. “Help? We’re robbing them.”

Drusus briefed the boarding party and doled out pistols during the few minutes it took to dock with the beleaguered vessel.

“It’s a Pej ship. Air’s breathable and pressure’s fine. Gravity will be a quarter human standard and temperature is cold, but above freezing. It’s pretty wrecked so atmospherics may fail. If they do, return to The Sun Dancer immediately. Oxygen and residual heat should be sufficient for evacuation,” Drusus explained.

“Any survivors?” Sarah, who was barely five feet tall, asked.

Drusus nodded. “Five homeostatic torques indicate their wearers are still alive. Shoot if necessary, but our purpose is requisition.”

“Requisition,” Drusus said, looking her in the eye. “Raul, Sarah, Epicurus, you’re with me. We’ll head to the cargo bay. Manifest indicates a small quantity of platinum bars there. Nicephorus and Gertrude, take the clinic for medical supplies and see if you can raid the databanks.”

Gertrude glanced at Nicephorus. He was shorter than her but built like a mastodon on steroids.

Abruptly a transparent schematic of the vessel appeared in her left eye. After a moment of experimentation she found moving her eye scrolled the image.

The Nephros airlock shuddered slightly when the two ships docked, and the thick door opened. She walked slowly, so that the sudden shift to quarter gravity did not upset her gait. Goosebumps arose on half her body as the temperature plunged.

Drusus led three crewmen into the wide corridor on the left.

“This way, numbnuts,” Gertrude told Nicephorus, heading right and not bothering to check if he followed.

An arrow on the schematic led her unerringly in the right direction, until it split.

“Clinic’s here,” she said. “Get the med gear. I’m going on to the databanks.”

Nicephorus grunted at her, but did as he was told.

“Stop,” Brasidas’s voice commanded her. She frowned, before realising he must have a direct link to her artificial ear. “There’s a single life reading in the data core. Kill it, then see what you can access from the system.”

Gertrude did not reply.

The automated door to the data core had jammed half open, and she squeezed inside. A pathetic mewling was coming from under a table. She crouched down and raised her gun. A Pej, delicate wings twitching uselessly, stared at her with its huge compound eyes. Most of the insect-like alien’s six legs were twisted the wrong way, and the tortured sounds it made were disturbingly similar to a crying baby. Around its neck the homeostatic torque hung.

Gertrude fired, and the Pej shrieked.

“Good work,” the captain told her. “Now, get that data and get off the ship.”

She strode over to the first databank, but the screen was a sea of static and gibberish. The second appeared intact, so she plugged in her maldrive and the auto-hack began. Whilst the download was going on, she turned back to look at the Pej, and the shattered remnants of its torque.

“With the torque gone, they’ll think you’re dead,” she told the trembling alien. “I wish I could do more for you.”

Its mandibles uttered a whistling series of chirps.