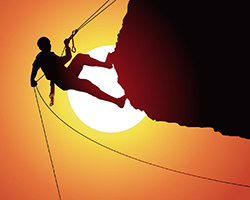 “Penner, we’re going to drop you off at the lift landing site. O’Sullivan and Cash, you two go with Penner and make sure you secure it as instructed,” Karen said, passing Penner a tablet.

Soon they were lowering in a flat spot, previously decided upon. The massive elevator loomed above them; a dark monolith in the now night sky. Thousands of stars blared down at them from the distance and for a moment Karen forgot where she was. A voice shook her out of her daydream.

“Are you sure you won’t need help?” Penner asked, concern thick in his words.

“Grant is a pro with the lander, and if we are going to sneak into the cliff, the fewer the better. Use the tablet to direct Boone up top, and let’s get our people down to the surface.”

Grant looked at her and she could tell he was anxious to get moving. The creatures were going to blow this lift up, and for all they knew, it was moments away. Karen’s gut told her the incoming ships wanted to see the show so by Breena’s estimation, they had an hour for arrival.

“Got it Commander!” Penner and the others gave her a salute and then they were off, hovering above the ground. Karen took one last look at the lift lowering and guessed it would hit ground in twenty minutes.

“Grant, you’d better be right about this,” she said.

“If I’m wrong, we are more than likely doomed. But what else would that massive power source be there for? Are you ready to carry out our plan?” Grant asked, raising an eyebrow.

He couldn’t believe that he was right back to the cliffs. It had only been a few hours since he’d ran down the rocky expanse thinking he was about to get ripped apart by screaming monsters. And now he was flying back in some sort of suicidal mission. A small part of him had the urge to fly away to the other side of this world, and forget about any of this. Then he felt the picture in his breast pocket, and knew that he had no choice. His family was in orbit, waiting to come down and see him. They would have no idea of the terrible plot to destroy them being carried out.

Grant landed above the cliff, a hundred yards or so over the ground. They’d assumed the creatures would have sentries or cameras watching the area where Grant had run from them, but he doubted they would be smart enough to look up. He hoped he was right.

“Is this going to work?” He asked Karen. She was always the level-headed one while he tended to jump right into something. He was counting on her to steer them in the right direction under pressure.

She smiled at him, and for a moment he saw the Karen he knew from so many years ago.

“I honestly think it will. Now let’s do this.” She said it so convincingly he actually believed her.

He hopped out, checked his stun gun was at his hip, and clipped the extending lanyard to his harness. It had been a long time since he’d repelled down a cliff face, but there was that old saying… something about a bicycle.

After he shot the spike ten feet into the rock, he checked the readout that told him it was good to hold one hundred kilograms.

“Good luck Grant. See you on the other side,” his transmitter said. He saluted Karen, and turned it to silent. As she lifted away with the lander, Grant climbed over the cliff face and began speedily lowering himself.

The whole trip took a matter of minutes. He hung a few yards over the entrance to the caves and flipped down his night goggles. The area took on a green glow, and he spotted a couple of the creatures milling about the field. None below him.

He waited for the signal from Karen. After a few minutes, he started to worry something had gone wrong, and right when he was about to drop and go in, he saw the flash of the lander’s lights in the distance. It was time.

The ships were almost there. Carne felt the sweat dripping down his back as he watched the indicator lights of the aliens moving across the screen.

“President, the lift has landed. Penner latched us down. Do we proceed with the scheduled drop?” Boone asked, a slight crack evident in his voice.

“Of course! Get those people down to the ground now!” He yelled, face flushed in anger. Boone was wasting time asking him when they had less than an hour until the ships arrived. “And get the Pinta and Nina ready in sequence. We are going to get them all down in the next thirty minutes.”

“But sir, we have never tested it at those speeds before,” Boone interjected.

“Well we are going to today.” He strode off into his office. He thought of a way around it, but knew in his gut that he was going to have no choice. Rather than pour a scotch, he took a long drink from the crystal decanter. With a thud, he slumped down in his leather chair, and pulled a chain from under his shirt. With a tug, it broke and he held they key at the end of it in his hand for a moment before unlocking the hidden compartment concealed in his desk.

The creatures filled the room and Grant found himself in the same hole he’d hidden in earlier. He could feel energy radiating from the glowing power source in the cavern, telling him they were almost ready to blow up the lift. A loud screech filled the halls as if rock was tearing open.

His hands rushed to his ears; the echo of an alien transmission blared through the cavern.