The Purple Demon – Ba meets Iron Belly, and gets his hands dirty 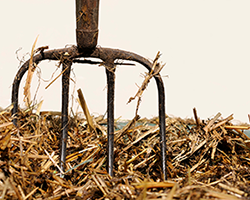 Ba left the Hall of Righteous Bloodshed and marched to the quartermaster. Everyone had seen him ride in with Governor Rong so, despite not yet having his seal of authority, the quartermaster readily provided him with a fresh uniform, armour and weapons.

Ba thanked him and piled the equipment and clothing into a huge heap.

“Aren’t you going to get changed out of those rags, sir?” the quartermaster asked as he carried the bundle to the door.

“General Gao’s having me clean the stables. I’m not changing into silk to get it covered in horse muck.”

He retrieved his horse from outside the hall, filled its saddlebags, and rode the short distance to his new home. It was small and sparsely furnished but had all the necessities of life. Ba had never spent much time at his house in Tiangjin either, and having his own place outside the barracks, away from General Gao, seemed like a fine gift. He left behind his horse and new gear, and loped back to the military district, pausing to requisition some spades from the quartermaster.

Although Ba hadn’t been to the stables before, finding the building was easy. All he had to do was follow his nose. Inside, he found a few old nags, towering piles of dung, a major snoozing in a chair and two chattering soldiers. They glanced Ba’s way as he entered, but kept talking.

The Purple Demon’s forehead furrowed, and he clenched his jaw. He kicked the chair over, the slumbering major in it tumbling to the ground with a cry of alarm. The two soldiers were stunned into silence.

“What are you doing, sleeping on the job?” Ba demanded. “If idling cleared dung, the stables would be spotless already!”

The major dusted off the dirty straw from his uniform and sighed. “And good day to you, sir. You must be the famous Ba Renzhong. I’m Major Cho Feng, known amongst the gallant fraternity as Iron Belly,” he said, slapping his stomach and laughing. “Not even a thousand dumplings could defeat me!”

Ba was a man of muscle from head to toe, and he shook his head at Iron Belly’s boast. “Gluttony isn’t something of which to be proud.”

Despite himself, Ba smiled. Just a little. “If your hands were as quick as your tongue, you’d have cleaned the stables already. Why haven’t you?”

Iron Belly scratched the back of his head and looked at the two soldiers. “Go check the incense is burning in the Hall of Righteous Bloodshed. I’ll explain things to Colonel Ba.”

The two soldiers bowed their heads and left the stables.

“When General Gao sends you to clean the stables, that doesn’t mean he actually wants them cleaned,” Iron Belly said. “This place has been filthy for months, maybe years. It’s an excuse to put someone out of the way, a sort of punishment by sloth. Give it a few weeks and you’ll be assigned another duty.”

Ba frowned. “That’s madness. Even in Tiangjin I heard of how lawless this province is. How can the general waste good officers this way?”

Cho burst out laughing. “You really are new here! I can’t say much,” he added, lowering his voice, “but let’s just say General Gao is very well aware of the bandit situation.”

The Purple Demon nodded in understanding. At just that moment, the two soldiers returned.

“You two, clear away that heap,” Ba ordered, pointing at one mountain of dung. “Major Cho and I will tackle the other one.”

The soldiers smirked. “Come on, colonel. You know that’s not going to happen.”

Ba grabbed the nearest man by the scruff of the neck and hurled him into a dung heap. “Start shovelling or join your friend,” Ba growled, thrusting a spade at the second soldier, who was staring, open-mouthed, at his fellow’s fate.

The soldier grabbed the spade with both hands and started shovelling.

“You don’t really mean for us to do this, do you?” Iron Belly asked. “We’re officers.”

Ba put a spade into the major’s hands. “Officers obey orders. If we stand here idle, it’ll take twice as long to clean the stables out. Now get moving, or your new nickname will be Major Dungheap!”

One glance at the soldier pulling himself out of the horse manure, and Iron Belly was shovelling like a four-armed gravedigger. Working together under Ba’s watchful eye, the four men filled a wheelbarrow, and then another. After night fell and as dawn began to break, the mountains of manure were gone and the last remnants were being cleared away with mops and cloths. The smell lingered, so Ba gave the soldiers a string of cash to buy bamboo and cedarwood incense.

“I’m exhausted,” Iron Belly said as he and Ba wandered out of the stables. After so long in there, the night smelled wonderfully fresh.

Iron Belly grinned. “You might regret that. My stomach’s mightier than your purse!”

The two men ate dumplings together at a café Cho knew. The major lived up to his name, and over the long meal Ba learnt a lot about the situation in Ganyang and General Gao.

“I tried changing things but got nowhere,” Iron Belly confessed. “I’ve been bone idle for so long Gao’s certain to blame you for cleaning the stables.”

Ba sighed. “Things are backward if a man is blamed for doing the task he was assigned. Come on, clear your plate, and let’s go see the general.”

The two men returned to the military district and entered the Hall of Righteous Bloodshed. General Gao and Colonel Ho were slouching beside empty wine bottles. Upon seeing Ba and Iron Belly, Ho’s eyes widened and Gao scowled.

The task complete, how will General Gao react? Read on, to find out.