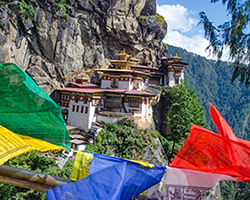 Hear my prayer, Lady, and remember me, the child you named Kalpana, though in my heart I always remained Girl. In the Postulant House I learned of your first aspects, but I didn’t truly understand until the township and the pilgrim hospitium …

Girl stands by the prayer flags, several yards from the hospitium door, and not only to ready herself for the stench of illness and death. She’s accompanied priestesses of Compassion and Benevolence on many occasions to comfort the dying, but always alongside other postulants. This time she’s the only one.

Girl has learned a great deal in her six years in the Postulant House, not least that it’s more than a place of teaching, it’s a place of assessment, and not every applicant is accepted into the Order. She’s determined to become a priestess, but first she must progress to the Novitiate House, and she’s sure the hospitium is where she’ll be tested and the decision made.

One deep breath and she takes a step forward. Then stops dead. Inside the hospitium a woman’s voice has risen in a screech.

Girl sits hunched in a shadowed corner of a dirt alley. She’s twelve now, no longer the youngest, smallest, most ignorant girl in the monastery. But the years were stripped away by that screech, and she’s once again a shivering child, cowering as Naala screams for her.

Further down the alley, the township’s children race around, laughing, playing. A toddler falls, but an older girl gathers him up, kissing his tears away. Girl remembers no laughter, no play, no kisses. Only hard work and harsh words, aching bones and beatings, and never enough to eat.

“Kalpana?” The soft, concerned voice of the priestess of Compassion. She kneels at Girl’s side. “Are you unwell, my dear?”

“Oh, dear one.” The priestess hugs her. “Don’t distress yourself; the poor woman is in no pain. Yet how she’s come so far, so weak and ill as she is, no one can understand – she’s walked hundreds of miles to reach the monastery. But she’ll not see its walls in this life. She has only hours left.”

“What does she want at the monastery?”

“She searches for a child who came to us. The woman’s sins are weighing heavily on her, and she’s afraid of the hells she’ll suffer during the in-between, and of being reborn into a lower realm, surrounded by beasts and evil spirits. She hopes to change her karma by seeking forgiveness from this child. Alas, we cannot help. Even if we knew of the girl, we could not have her brought here in time.”

Delight shines on the priestess’s face. “Come, quickly. Forgive her.”

“But dear one, you must. Not only for her sake, for yours. Compassion is paramount.”

The priestess kisses Girl’s forehead, stands and walks away. Girl knows she’ll return with the brisk, efficient priestess of Benevolence who’ll speak of duty and obligation.

Girl gets to her feet and runs.

Girl lies flat on the roof of the township’s tallest building, peering out between firewood and dried yak dung. It was an easy climb, and no one will find her here.

Girl jerks round. An unfamiliar priestess stands there. Then she realises the saffron robe is embroidered both with the coins of Benevolence and with the tears of Compassion, and the palms held out to her are unblemished. It’s not a priestess at all.

She prostrates herself. “Lady.”

“Sit up, little mouse. Then explain why you’re here, not in the hospitium.”

“Naala’s there. I …” Understanding hits her. “You brought her here. This is the test. If I don’t forgive her, I won’t be accepted. I’ll have to leave the monastery.” She grits her teeth and stands. “Very well.”

“Have you learned so little?”

“She wants forgiveness. I’ll give it.”

“Compassion is the first of my aspects, not the second,” says the goddess. “Without compassion, benevolence is meaningless.”

“Why should I truly forgive her? Why shouldn’t I punish her any way I can? You know how she treated me. Isn’t justice the greatest of your aspects?”

“Which is why my priestess put her on trial before you left the village. Punishment then was justice. Punishment again now is revenge.”

“But the punishment then, you told me what to say. It wasn’t my idea – mending the temple, tending a shrine to you.”

“Indeed. As I recall, you wanted her eaten by my tigers.”

Girl stamps in frustrated rage. “Why wasn’t she properly punished?”

“Your shoulders weren’t broad enough to carry that weight.”

“My shoulders are bigger now.”

“Are they? Well, go then. Tell her she isn’t forgiven. Tell her you consign her to the deepest, most putrid, pain-filled caverns of hell and you hope she’s reborn as a snake. Have the decency to be honest in your hatred.”

Girl strides into the hospitium, vengeance burning her heart. Not only for her tormented past but for her ruined future. Naala has destroyed her hope of becoming a priestess.

But she can’t see strong, powerful Naala. There’s only one woman – small, ancient, pitifully thin; her skin, fragile as paper, covered with sores and black lesions.

“I knew you’d relent, dear one.” The priestess of Compassion takes Girl’s arm and leads her to the old woman. Bewildered, Girl kneels.

“Girl!” Shrivelled hands clutch at her. “Forgive me, Girl. I wronged you.”

Girl is too dazed to speak. Then Naala is talking again, talking of everything, her whole life: as a child, unwanted, unloved; in the village, unwanted, hated. Of her father – violent, abusive, miserly. Of her husband – more violent, more abusive, more miserly.

Most of all she talks of the children Girl never knew she had. Three stillborn, two miscarried, seven smothered at birth by her husband – seven daughters who would have stolen his money by requiring a dowry. In a soft, loving voice Naala names them, and all the hopes and dreams she had for them. She describes each fragile body, each tiny gown she embroidered, each pathetic funeral. Tears spill down her cheeks as she talks, down Girl’s cheeks as she listens.

“How I hated you, Girl. You lived, thrived, while my daughters, my precious, beloved, beautiful daughters were dead, dead, all dead.”

The one child who survived, the brute Aprakash, who deserted her, never returning to the village. Aprakash who stole from her, though she’d given him so much, including all she’d thieved from the temple, from the god.

Naala pauses. Without thinking, Girl gives her water, wipes her lips, as she’s done for so many dying pilgrims.

“I did all you asked of me at the trial, Girl: repaying all I’d stolen, mending the temple, building and tending a shrine to the Lady. And every day I thought about how you told the priestess not to execute me, how you saved me.”

“Finally, I understood how I’d wronged you. I prayed, asking the Lady to help me atone. But there’s nothing I can do. Only ask you to forgive me. Please.”

Silence falls over the hospitium, Girl’s mind a whirlwind of thought and emotion. Hate. Justice. Vengeance. Pity for the murdered babies. Pity for Naala’s grief. Hate again. Hate like Naala’s hatred. Hatred that bred only cruelty.

“I …” Girl’s voice breaks. Something inside her breaks, too.

Noise erupts – Naala, the priestesses, the healers, the dying, all babbling – but Girl hears only one cool voice.