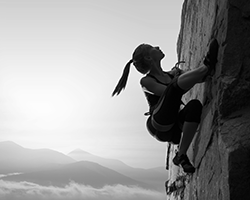 Hear my prayer, Lady, and remember me, the unhappy girl in the Postulant House. It was there I ran away from you for the first time. It all began with my name …

“What’s your name?” the tall girl asks, and the floodgates open.

“Where are you from?”

Girl is dazed, flustered. Nearly a month she’s been at the monastery, but until now her only company has been Shanti, a slow, sweet dumpling of a serving girl who was surely a water buffalo in her last life. Shanti looked after Girl, sleeping alongside her, bathing, eating and praying alongside her, and never once asked any questions or made any demands. Gradually, under her placid care, Girl learned to trust and to speak again.

But Shanti has other duties now and Girl must live with the young girls in the Postulant House, and they’re crowding about her with their shrill voices and insistent questions, and her head is spinning.

“What a lowland bumpkin!”

The girls step back, as if she’s suddenly poisonous.

Liar. It follows her everywhere, though the girls never speak to her. They speak about her, around her – “Liar’s a fool” and “Liar’s as stupid as ever.” The teachers don’t seem to hear, nor notice the sly pinches.

Girl had explored the monastery with Shanti, so when one night she finds the girls giggling and her bedding soaked, she knows of a refuge – a room in a half-ruined tower only reached by climbing. But sleeping there doesn’t end the daily torment.

In some ways it’s worse than her life in the village. There are no beatings, no swipes of Naala’s cane, but no buffaloes to comfort her, either. She has no one, not even Shanti, whom no one can find.

She often thinks about the village, especially when making butter tea. Churning brewed tea with the salt and yak butter reminds her of all the work she had to do. Hard work, but she understood it. The schoolwork she now faces she can’t understand, and her stumbling efforts allow the girls to mock her all the more.

Then one morning, as she’s carefully pouring the churned tea into the kettle to warm it, a girl shoves her. She falls, knocking over both churn and kettle. Oily tea spills across the floor. Girl ignores the laughter, cleans the mess, makes more tea, and decides to run away.

That night she puts on all her clothes, steals into the kitchens to stuff cheese and barley-bread into her pockets, then runs to the steps that lead up the outer wall. At the top she peers over the edge. It’s a long way down – the wall here rises straight from the snow-covered mountainside – but she’s a good climber, she’ll manage.

But the wind is harsher than she thought, the cold more biting. Before she’s half-way down her hands are like ice and she can’t feel her toes. She can’t climb, neither up nor down; she can barely cling to the freezing stone. Soon her fingers will slip and only the vultures will ever find her.

Then impossible warmth floods her, invisible arms cradle her, and a cool voice sounds in her ear. “Little mice must be more careful what they climb.”

No words, only sobs of relief.

“Let’s get you back to your nest. Then we’ll talk.”

Half-afraid, half-ashamed, wholly weary, Girl sits and waits for the Lady’s anger. But when the goddess speaks, her voice is soft.

“Did you think I would let you go so easily?”

“There’s nothing you wish to tell me?”

So much. Sorrow, torment, loneliness. All locked away. She’s never told anyone her secrets. Only the buffaloes. How she misses them. Tears run down her cheeks.

“Of course. But it’s easily cured. Close your eyes and count to three.”

At “Two” steamy warmth and the smell of dung tells her she’s there, in the byre with them. She rushes from one beast to another, hugging them, calling them by name, scratching foreheads, checking ears and hoofs, before finally settling against her favourite, Murkha Ciso. The need to confide in him overwhelms her. She leans close to his ear.

“The girls in the monastery are hateful,” she whispers. He grunts.

“He says the girls aren’t worthy of their teaching,” comes a slow, simple voice. Girl twists round. Shanti is sitting comfortably against the wall, seeming more like a buffalo than ever.

Before Girl can speak, Shanti continues, but her voice becomes quicker, cleverer. “Allowances were made because they’re children, and they sensed, as children can, that you are loved as they are not. My hopes that they would recognise their faults, that intervention wasn’t needed, were misplaced. But there’ll be no more jealousy and spite. They will learn, or they will leave.” And now her voice is as cool as spring water, her face bright and wise and lovely.

“Lady! Were you Shanti all the time, looking after me?”

“Yes. I failed you on the journey, little mouse. Forgive me. Busy with so much else, and thinking you were safe, I knew nothing of the attack by the demon-husbands until too late, nothing of your suffering from witnessing their deaths until Sukhbir’s worries about you turned to prayer. Acting as a bovine serving girl to shield and support you until you appeared ready to meet the other girls seemed best when you weren’t willing to hear me.”

“They don’t believe I can hear you.”

“Because the gift is so very rare. Even among my elder priestesses, only a few hear me easily. For the rest, my voice comes only after long prayer or meditation. You are exceptional.”

“And we’ll throw the name back at them. For they shall call you Kalpana, my fantasy, my imagining of what we shall bring to the world.” She pauses. “But there is more you wished to tell Murkha Ciso.”

For long moments Girl cannot speak, then it bursts from her. “Your statue.” The terrible, fearsome statue and its kukris – knives that mean killing and horror and blood.

“I was thoughtless. I should have made my priestess linger on the journey, so you arrived at the next new moon. Then your first sight of my statue would have been of the sweetness of compassion.”

“Are needed. Demons walk the earth, and some men worship them. If good is to prevail, justice to be done, the demon worshippers must fall to the kukris’ dance. I should have tried to explain this as you travelled. In time, I hope, you will understand. Will you give me and my monastery a second chance?”

Girl buries her face in Murkha Ciso’s shoulder, trying to think. “Will you leave me here if I say no?”

Left with her beloved beasts. And with Naala and Aprakash and Ishwan. She shakes her head. No, not even for the buffaloes.

“Good, for even were it possible, I wouldn’t leave you here. There are better, kinder places for you. But this transport-magic is short-lived, allowing us only a temporary stay here, so we must go now. We’ll visit again whenever the buffalo are missing you.”

Girl hugs Murkha Ciso. Then, shyly, “Lady, will you give me a second chance?”

“Of course, little mouse. You’re mine.”