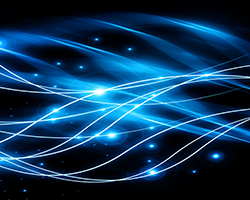 All in all, the end of the world turned out to be a little disappointing. Elodie had expected something more dramatic. Spectacular explosions, perhaps, followed by a tunnel of light. She hadn’t even experienced her life flashing by in a wonderful montage of images. No, things just sort of … ended.

Now she floated around in a vast, dark space. At least, something was floating around. She didn’t appear to have a body, so it must be her conscience. Her awareness, so to speak. Because she was definitely aware. It was rather interesting.

A small spark flared up nearby, hot and intense for a moment and then dying down to a pulsing glow. Elodie tried to speak, but the words came out as thoughts.

The muttering and murmuring of a thousand angelic voices filled the stark white space. Seleniel smiled at the newbie and patted the chair beside her. “Come, sit down.” She picked up her headset and switched on her computer. “Our shift starts in a minute. It’s 5 a.m. on the US East Coast. That’s our region. What was your name again?”

“Welcome to comms central,” Seleniel said warmly. “So, did they explain the job?”

“We… warn people of things?” Amiel answered hesitantly. “The mortals, we pass them messages?”

“That’s right. We catch them when they’re in that in-between state, not quite asleep, not quite awake. That’s why they call us the Dawn Chorus. It’s remarkably effective. The mortals never listen when they’re conscious, and they always seem to forget their dreams. But at the awakening… It’s perfect.” 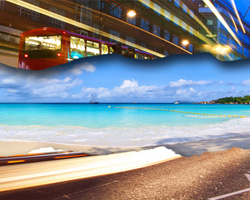 George found the rip in the fabric of space on a Thursday morning, some time after elevenses. He leant over to throw away his empty packet of rich tea biscuits and there it was, a tiny hole hanging in the air behind the long-dead hydrangea the HR people had put in his cubicle in an attempt to pretty up the place.

After a quick look around, George cautiously stuck the tip of a pencil in the hole. The pencil slid in halfway, the tip disappearing into thin air. George left the pencil hanging there and went back to work on the Masterson report, after carefully moving the hydrangea a little to disguise the hanging pencil.

Next day, the rip had torn a little wider and the pencil had disappeared. George bent over and peered into the tear. It was now wide enough to see into. On the other side he saw white sand and gentle waves of the clearest, aquamarine blue. The sun shone and trees rustled softly on a distant hilltop. The pencil, disturbed by the growing hole in the fabric of space, lay on the sand.

George looked sideways out of his cubicle, to where he could catch the barest glimpse of the grey office block across the street. The hum of London traffic was audible even above the ordinary office noises. From the rip, a soft breeze blew and the salty tang of the sea beckoned. Continue reading 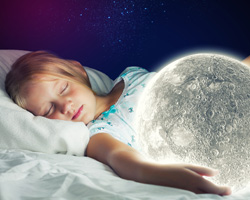 Do you see that little star, just by that big, blinking one? Yes, I know the blinking thing is a plane, but there, right by it, see? So small, so lost in the sky. A new star. It was in the papers, you know? I tried to show them, it was proof… But there, now, they’ve made up their minds. I can’t blame them. I wouldn’t believe me, either.

They think I killed my child.

Leonie, that’s her name. My baby girl, my little star. She was only seven. I don’t know how old she is now. Do stars grow old? Do they count their age in light years? That was a joke. You can smile, you know. Doctors are allowed to smile, I think.

She had a thing for the moon, you see. Ever since she was a tiny babe. I would feed her in the rocker, pulled up to the window for the summer night’s breeze, and the moonlight would shine softly on her little head. And she would stop feeding and gaze up. Girl and moon, loving each other.

I thought it was sweet, then. I didn’t know the moon was poison, whispering sweet promises in my little one’s ears.