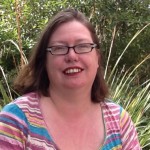 So, when I say sexy pilot, I mean space opera in all its gloriously colourful, cheesy, shoot-from-the-hip best. Because space opera brings something to the genre that it needs: escapism. Not grim stories about surviving the colonisation of a hostile world wearing an oxygen tank and a baggy space suit, equipped only with a magnetic tool-kit. My one attempt at such a story was terrible. Only the sex scenes were interesting and, frankly, by then I needed something to excite me. Which isn’t to say all such stories are awful, but that a space-opera-bunny shouldn’t be forced to obey the laws of physics.

It makes me wonder if sci-fi doesn’t shoot itself in the foot a little. The genre remains niche compared to its elf-clad brother, fantasy. Escapism, surely, is part of the reason we read fiction. For realism, I could turn to misery-memoirs (but won’t.)

I’m a die-hard sci-fi reader, with a library behind me including Clarke and Heinlein, Bradbury and Herbert. I adore Paul Atreides as the Fremen do, but I still feel (or felt, I’m in recovery) the need to hide what I love of the genre, for fear of being seen as low-brow, light-weight even. When popular writers like Bujold get criticised for winning the Hugo and Nebula by factions of the community, it drives the belief that such writing – the kind I love and the kind I write – isn’t worthy of the serious genre of science fiction. If that’s the case, how we attract new readers seeking escapism? For me, it’s about widening the genre and accepting that some readers like to escape into new worlds, with characters beyond those who are Earth-bound.

For that reason, I say bring me your space pilots who don’t know what gravity does. Hand me your mavericks who don’t care about a critter-ridden planet with no air. Give me a quirked smile, a raised eyebrow, and a thigh-high boot and I’m yours for every page-turning moment. Because, for me, that’s what sci-fi’s about.