When Pain Went Away 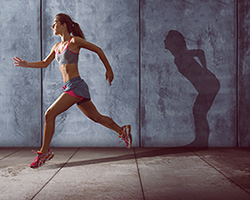 When Mike McMurphy injected the serum into his arm, he had no idea that he was bringing all the world’s suffering to an end. He’d spent less than two weeks developing the virus: a simple bundle of protein with barely the complexity to be covered by US copyright law. The syringe caused no pain – and Mike had used the oldest, bluntest needle he could find – but he could feel the serum spreading through his blood.

It was a simple virus, spreading a rash across his chest and raising a slight fever, but it dwindled away after a couple of hours.

The mutation, of course, did not.

The mutation developed in the third-floor men’s room of the Old Chemistry Building. More aptly, the mutation developed in Mike, but it was of no consequence until he released it, mostly in the urinal and on the floor, but the mutation spread through the plumbing and into the air. Perhaps if the bio-pollutant detection system had been better honed … but it wasn’t. The tightwads who oversaw the university’s budgetary committee had sealed the fate of humanity.

Americans in academia are at the far end of the pain-experiencing spectrum. Perhaps if the bathroom had been open to students, it might have been noticed, but among the faculty it hardly caused a stir. Dr Thames was spared a painful stubbed toe, and, among the others, there were backs and joints that didn’t ache, but not even the worst hypochondriacs bothered with a doctor because they didn’t hurt. With every handshake, every breath, every footstep, the virus claimed more territory.

Viruses are not alive to begin with, so simplicity isn’t always a drawback. McMurphy’s creation was so small that the human immune system didn’t even recognize it as a virus and offered no resistance. Before the first hospitalization, the virus had reached the airlines and there was no stopping it. Of course, a few nations might have kept it out, but the idea of having a population – and armed forces – that felt pain surrounded by those that did not may have led to lax preventive measures.

In less than a week, only a handful of humans could still experience pain. The virus blocked the transition of pain across nerve cells, even phantom pains of amputees. It did no physical damage – the sense of touch was still there – but, as the media’s favourite quote had it, ‘It’s like feeling in black and white.’

Pharmaceutical companies went bankrupt. There was still the demand for itches, allergies, and rashes, but there would never be another aspirin sale. Illegal drug use dropped, then slowed, then rose back nearly as high as before. Alcohol sales rose without fluctuation. The term ‘hangover’ slipped from the English language.

‘It is now painfully obvious,’ was the second-most overquoted phrase, ‘that pain was not entirely a bad thing.’

Hospital beds emptied without a call to a nurse. Men collapsed at golf courses without clutching their hearts. Women slid off their chairs at restaurants without so much as a word. Death had lost her chiding tongue and came without warning.

Children died. The news was full of them. Was it that kids no longer feared falling out of a tree or letting go of a firecracker? Bullies were to be pitied: verbal abuse became far more feared than anything physical. Cherry bellies and beatings were inconveniences or fashion statements. Lunch money no longer changed hands. ‘I’ll tell you the root to all this,’ was repeated ad nauseam on morning talk shows, ‘spankings don’t work anymore.’

Broken hearts still ached, and guilt, remorse, and self-loathing lost none of their holds. Suicides became more common – slashing of wrists was no longer encumbered by negative sensation.

‘You know who I feel really sorry for?’ cracked Ted Trankles on his Tonight Show monologue. ‘Those poor S and M freaks. What are they doing? “Hit me harder! Hit me HARDER!”’

Crime rates exploded. Assault and domestic violence shot up but were not as widely reported. So many murder victims were found behind locked doors with no indication of any sort of monkeying with the locks. It wasn’t so much like a Victorian murder mystery – victims shot or stabbed in the streets often didn’t notice and went home to bleed to death.

Boxing turned disgusting, and sports of any kind, from football to ice-skating, became crippling. Athletes no longer noticed when their ankles twisted or tendons ripped, so they continued to cause more damage. Yet all was numb to both spectator and participant. Body checks just weren’t as thrilling when you knew they were painless. Reluctantly, the masses were forced to turn to art.

The original virus, the one that only lasted a few hours, left Mike McMurphy immune to the mutation. He had watched in horror as the disease tore away his dream of a Nobel Prize, leaving the real possibility of experiencing the final act of physical torture. Mike destroyed all records of his research so the media merely accused random targets for the change. What would they do if they knew that not only was he the one responsible but he alone could still feel pain? He sat at home or in bars watching the television with its images of painless death, of unfelt suffering. As he stared, sometimes he could imagine that it was all some bad show with horrible dialogue and no point. Sometimes he convinced himself that the virus had driven him mad and he was alone in a cell somewhere, imagining the whole thing. And sometimes he pinched himself to feel that it wasn’t all just a dream and because he alone still could.