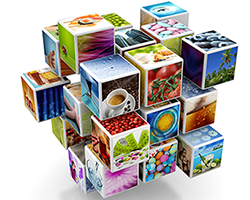 The Water. Strange name for an art gallery.

Everyone says that. It’s wearying, to be honest, but I have only myself to blame. Mooring the gallery three hundred kilometres above a desiccated rock that hadn’t seen a drop of moisture in millennia at least gave a soupçon of irony in our first season. Here, among a pentacluster of aqua-habitats, it’s ridiculous.

Still, I make the most of it, inviting viewing guests to offer their conjectures as to its origins. Many surmise it’s a philosophical statement, art being as necessary to life as H2O. Excuse my hollow laughter. The more knowledgeable, i.e. the better prepared with goog-implanted art history briefings, think it relates to the famous conceptual installation The Water, Unbridged by Semke Manoula of 2119, or the infamous The Water is Rising by TeeranTula in 2243 which drowned forty-seven art lovers and – thanks be to the gods of true art – the artist yrself.

All such theories are wrong, but they provide opportunity for small talk, as I waft the guests – potential buyers, all – through the antechambers showcasing work from less expensive artists towards Suuztchi’s latest offerings in the main Halls.

The truth? Suuztchi picked the name. When we settled our partnership terms, I agreed it would be her choice. It was either that or allow her to dine with me in the upper salon. (If you’ve ever witnessed an arthrocephalopod consuming live stinkfish and rotting kiplet-weevils before regurgitating its stomach contents and re-masticating them by way of dessert, you will understand.) At the time, Suuztchi was working her way through all nine hundred and seventy-seven volumes of The Complete Unified Dictionary of Earth Languages and she’d reached the letter W in old English. She slammed a claw into the datashoe and gobbled the first word to emboss the gel. I’m lucky the gallery wasn’t called The Washorama.

Suuztchi is, like all her kin, vastly intelligent, inheriting the intellectual capabilities of her cephalopod ancestors. A chitinous carapace has its advantages for an artist, as do a superfluity of limbs, especially when lowering recalcitrant selachians into embalming fluids. Dining habits aside, I have only one complaint to make against her. In the Pirate’s Ahoy extravaganza of our third season – Yo Ho Ho On A Dead Man’s Chest was never interpreted quite so literally – she created Parrot. A macaw squawking “Pieces of eight” I could endure. A gene-spliced scorpion – curved beak, cerise- and cobalt-coloured feathers, two grasping pedipalps and one very large stinger – who learned his profane vocabulary and execrable pronunciation from ancient flick-films of Olde Londonne gangsters, and whose favourite expression is a guttural “’ere mate, think we can sell this shit?” is another matter entirely. Not the advertisement one envisages for a prestigious artistic establishment.

The happiest day of my life was when I sold him, though at a price barely covering the cost of fumigating my Arkonian sable lederhosen with which he’d repeatedly attempted sexual congress. The intended purchaser was an asteroid-mining magnate whose wife was a devotee of those same flick-films. Regrettably both were killed en route to finalising the sale – their skif exploded as they left their Nova Londinium palazzo when for some unfathomable reason she attempted to blow the internal doors off.

So Parrot remains with us. Inside his cage in Suuztchi’s studio, and covered with a thick truv-blanket if I have anything to do with it. A lengthy rendition of My Hampton Wick’s a Big ’Un as his stinger rises and falls in an obscenely suggestive manner is of absolutely no help in persuading the art-illiterati to part with their millekredits.

I admit Parrot has been Suuztchi’s only artistic misjudgement. Take her seminal Carrion Karaoke which caused a sensation on our first galaxy tour – the severed heads of a dozen of her pod-mates dangling from a Chippendale whatnot by their own tentacular prostomia while crooning New-Medieval Abba songs was unforgettable. It brought gratifying notoriety, as well as thirteen lawsuits for mental and physical distress (all settled), seventy-three marriage and concubinage proposals (all refused), nineteen hundred and forty-eight suggestions for the rest of the pod-mates’ remains (all returned marked “NEVER READ” to avoid intellectual property disputes), and over a million personal viewing guests with fifteen million remote guesting (all investigated as to wealth, purchasing habits and contacts). More importantly, it delivered a Great Deal of Dosh, which became, incidentally, the title oeuvre for our second tour. Nonetheless, I confess I’m concerned about Suuztchi’s latest work, The Deconstruction of Missing Stars.

I assumed this would be a re-imagining of those tiresome vid-sims we had to sit through at school where scientists with poor haircuts and halitosis pontificated on the expansion of the universe and how distant galaxies appear to be moving faster than light. Filling the Halls with stretchable fabric being pulled away from the central viewing console seemed a tad anti-climactic after last year’s masterpiece. (Models of her pod-mates being continuously eaten and regurgitated by kiplet-weevils created from her own haemolymph and excrement – never had Parrot’s “Think we can sell this shit?” seemed more apposite.) Nonetheless, I consented.

Then she spoke of bringing the unseen far distant galaxies back into view. A physical impossibility, of course, but a delightful conceit, and star-dusted ceilings would bring a conversation-igniting return to unconceptualised art. Now, however, she’s talking of the synthesis of art and stellar exploration, of interfusability, and the synergy of The Water and developments in ebullition drive into gyruspace.

I have a bad feeling about this. Perhaps I –

What was that? Movement? We’re not due to shift to fresh moorings. Not Parrot attempting to fraternise with the engines again, I hope. His libidinous attentions cause not inconsiderable distress to them, and the prohibitive cost of yet another engineer-shrink to me.

It is movement. Fast movement. Impossibly fast if this interfacing is accurate. But how?

She’s doing the impossible. She’s taking The Water to the unseen galaxies.

Space is black, lightless. No more. My God, it’s full of stars.

What an artist! What verve! What éclat! What a financial opportunity!

Such a strapline we’ll have, if we can only return to tell everyone about it:

Welcome to The Water, the Gallery at the Edge of the Universe.