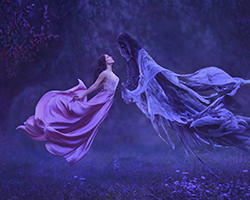 Scientists worked out a way to stop murders altogether. They had a fancy name for it, some ridiculous sounding thing that I can’t remember, but everybody else refers to it as a soul swap. If you kill someone, you swap souls. You’re now dead and somebody else inhabits your body. Shocks all round.

It seemed like a good idea at the time. Sort of. I mean, you didn’t really have to worry about it unless you were a murderer.

Things went a little wrong, though, as things often do when they’re not tested enough. The soul swap didn’t just work for murders. I remember reading about the first case – a doctor lost a patient on the table. The patient, little old dear called Susan Smith, found herself staring at her own corpse with a scalpel in her hand. There was probably lots of screaming, but they never mentioned that on Now the News.

Then there were the car accidents. A plane crash. That weird one where a toddler accidently murdered his Grandpa with a shotgun – now little Jonny has the mind of a ninety year old and is off the breastmilk.

People freaked. Like, totally freaked out. For quite a while some people just refused to leave their houses. Say you were driving your car to work one day, and somebody decided to step out in front of you? That’d be the end of you.

It never worried me too much. I didn’t plan on killing anyone at the time and if somebody killed me now, purposely or otherwise, then ending up in a different body would probably be a blessing.

I have … a condition. It’s, well, it’s one of those new conditions. When I was about, oh thirteen or fourteen, I was really into superheroes. It was back when the whole soul swap thing started and people really needed saving. Accidentally knock someone off a building? No need to worry about it if you can fly down and catch them. I wanted to be a superhero more than anything. More for the flying than the saving. You can alter your DNA now; it’s all the rage. But, when you’re fourteen, you’re too young for legal DNA therapy, so you kinda have to get creative. Dangerous, of course – I don’t know why they just don’t legalise it.

Needless to say, I have a tentacle now. Just the one. And it’s only small so I’m lucky really. I tried to have it removed in my twenties but it grew back a little bigger than it was originally, so I figured it best not to mess with it again. Anyway, it comes out of my stomach so I can pretty much hide it under baggy clothes. It’s only occasionally slimy too, so it’s not that bad.

Okay. It is bad. Of course it’s bad. I have a slimy tentacle sticking out of my guts. And it’s purple, did I mention that? It’s fucking purple.

In summer, I swear you could fry an egg on my forehead because it’s flaming hot and I can’t risk terrifying people by taking my top off. So I suffer. I itch and I get a rash because I’m so sweaty. People give me these filthy looks – they screw their nose up at me and treat me as if I’m nuts.

One year I went to a support group along with a load of other idiots who’d also screwed their bodies up in some way by messing with their DNA. One poor sod had a horn sticking out the middle of his forehead, like a frigging unicorn. We were told to embrace our uniqueness. He really embraced the whole unicorn thing – used to dress up in a rainbow tutu and do kids’ parties. Knobhead.

The whole thing depressed me too much, so I stopped going. It was on my way home from my final session that I met Chance – he was the taxi driver. Yeah, he had a stupid name, but he was fit. And, as far as I could tell, didn’t have any extra appendages.

There came a time when I was brave enough to tell him about the tentacle. I’d been on my own too long and I guess a little of that ‘embrace your uniqueness’ sunk in somewhere. I didn’t show him, but I told him. He said he didn’t mind.

God, I’m an idiot. Of course he’d mind. I don’t know why I ever trusted him! Oh. Except I do know why. It’s because he was nice to me, and he smiled, and he looked good. Why do we trust people more the better they look?

Last week – Tuesday – I’d had a little drink and I met up with Chance. He sweet-talked me into showing him my tentacle. Told me he was into that sort of thing. When I showed him … well, at first he just stared. His eyes were wide. I admit I couldn’t really tell if he was shocked or turned on. But then he laughed. He actually pointed at me and laughed. Worse, he got out his phone and took a photo.

I just pulled my top down and ran out the door. Yesterday, Chance posted about it online and now I’m viral. I have never felt so mortified in all my life.

I didn’t know whether to write this as a warning to people in the future (trust nobody) or as an explanation to whoever needs to hear it.

I’m going to step out in front of Chance’s taxi. And I want to see the look in his eyes just before he hits me. I’ll get myself a wonderful, perfect body and he’ll get just what he deserves.

If you see a chance, take it.