Honestly, it wasn’t my fault 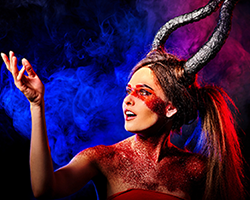 ‘Your family is not left behind.’ It’s the unofficial slogan of the Commonwealth Expeditionary Force. Family units are supposed to be more stable for long-time missions, according to the higher-ups. I don’t think this can be applied to the Masons, somehow. Dad says ships like ours are really like small towns back home. All the good bits are on show for people passing through. The bad bits are hidden away behind closed doors and twitching curtains. Dad isn’t into people. He likes rocks, you know, anything from boulders to the layers that make up worlds. Mum, she likes bugs. Not bugs as in creepy-crawly types, with wings and feelers. She’s into the type that you can only see with a microscope, the ones that can either kill or cure you, depending on your luck I suppose.

Me? Well, I am into people. I love watching my fellow crew and listening to them. My teacher said I will make a good anthropologist someday. Listening when I wasn’t supposed to – that’s how I found out about the Masons. I mean, ‘reassigned mid-mission’? Did anyone in the crew really believe that? Come on. The way their quarters were sealed off for two days, and the first officer looking as yellow as a backer bat. I swear he was going to puke when I saw him in F section. Not to mention the way the senior staff talked in whispers for ages after the Masons were reassigned. Something really bad happened.

My money was on Angus, the eldest Mason kid. I bet he went tilt-head on his parents. He was weird, always sharpening his horns on the deck plates and pretending to toss you. Also, after they left, the Captain decided everyone, even us kids, had to have a talk with Dr. Moses, the shrink. He asked how I felt about things. I swear he meant horns, as he kept looking at mine. Though that could be the colour. Mum was annoyed, still is; she doesn’t hold with having them painted. But all the girls are having it done; it’s a trend.

The captain says I have to talk to Dr. Moses again, soon, about things. I didn’t do an Angus if that’s what you think. My horns are clean.

Honestly, it wasn’t my fault. It just happened. I mean, Mum said I must go outside more, stretch my wings. Be careful, stay within the extended shield, but get outside. It’s not often we find a world with an oxygen-nitrogen atmosphere, and it was silly not to take advantage of it. She kept on and on, kicked up a right fuss, and well, Kelly said a girl needs to keep her wings firm. Let’s make it a new season resolution, do a bit more flying. She was going to meet me at the airlock for a few flaps, but she cried off. Typical. I should have turned round, but the air did smell good, and I could see the village on the other side of the shield and … I got interested.

I was about twenty wing beats from the hatch, watching and listening to the villagers on the other side of the shield. It was better than watching them over the vid links. I could see how they expressed themselves with gestures in support of their vocal grunts, just like we do in some respects. Their society is structured pretty much like ours, according to Professor Ernest. It felt strange as well, being able to watch without them knowing I was there. Shield technology is awesome.

I wasn’t the one who opened it. I am a teenager for Grood’s sake. Don’t have the clearance, but I get the feeling the captain still feels it was my fault. Ok, some of it might be, but it was Mr. Thomas who opened it. He didn’t check or call out that he was doing it, so honestly you can’t blame me. His mobile shield unit hid him from the villagers, so he was fine. I followed him; I wanted a closer look, but I didn’t know he had gone through the door. I just thought he was checking the shield readings on this side. It wasn’t until the villagers started screaming and throwing things at me that I realised the dung had hit the air extractor. I scarpered back to the ship as fast as I could. I didn’t know the door was still open – that’s on Mr. Thomas. The villagers ran in screaming, throwing more stuff. Ok, I caught one of those pitchfork things they had thrown at me, but I didn’t threaten them with it. Check the tapes. I was dung scared. I just wanted to get into the hatch.

Anyway, what happened next honestly isn’t my fault. I swear the security chief wished otherwise. His face, it was purple, and the words he was muttering. I know it took ages to find them all – they had even got into the ventilation system. But I didn’t let them through the hatch. That’s not on me.

Honestly, I was just doing as my mother asked. Not my fault the villagers had to be stunned, the ship sterilised, then moved, and everyone having to have full decontamination medicals. Mum was pissed. She has had to start her research over again at the new site.

Besides it can’t be as bad as the captain said, about how with them being at a primitive stage in their development and seeing a different species could have untold damage on their society and beliefs. We are not that different to look at… well, we have the wings, horns, and the curled tail with a fork in the end. But other than that, we’re quite similar really. I hope Mr. Thomas is going it get it in the tail as well.