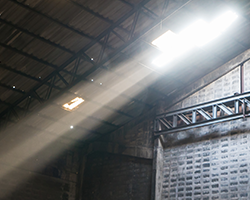 I went there to kill myself, not to solve the mystery.

I kind of hoped it was true, that there really were ghosts in the old railroad warehouse. Maybe they would grab my soul and keep it there, and I could hang around and see if anyone missed me. Then again, leaving was the point. Nothing good would ever happen in this shit town.

The stories had been going around for weeks, bigger every time because people here did nothing but talk. Odd flashing lights. Noises – rattling, a dog barking, a baby crying. They said the ghosts of the old railroad’s dead had come back to ride the warehouse down into hell.

I said this town was hell, and it was just trying to get away like the rest of us. Besides, the reservoir was its destination; the river had eroded lower and lower into the canyon over the decades, leaving the warehouse perched on the edge of its seat, waiting for something to happen. One of these days, the warehouse would escape. Tonight it was my turn. 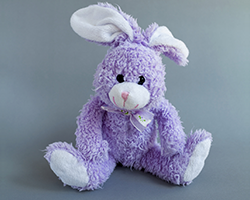 Ok, so I’m in this closet in the hospital. The vid’s kind of dark, but I don’t want to turn on the light because somebody might find me. And I have to find Lily first.

I can’t go into surgery without Lily. I won’t. Fireman Jim gave her to me in the hospital after my house burned down. I don’t go anywhere without her. Ever. You know her, she’s my purple rabbit? Yeah, she’s in all of these vlogs.

He left Lily with me, and she was there when I woke up in the hospital. All I could remember was smoke … screaming … it hurt … I was upside down over somebody’s back and out the window OMG … and then everything was black, and I felt this soft thing with one hand, and she was the only thing that didn’t hurt. That was Lily, but I didn’t know her yet. 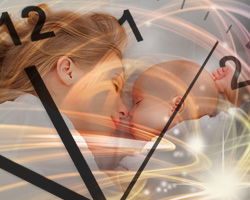 There was no angel. Julius looked around the sterile, green hospital room in disbelief. The room, he remembered, smelled of disinfectants and latex; he couldn’t smell it now, of course, but his original self, over there by the bed, had locked that smell away in the back of his brain as a permanent reminder of the death of baby Cecillia. It was just as strong in Julius’s memory as it had been that day. He watched as Meg’s tears rolled down her cheeks in silent agony, as young Julius hovered helplessly. The doctor gently folded the blanket over their sweet, sweet baby Cecillia and put his stethoscope back in his pocket. Julius examined every corner of the room, again, but could find no angel. With a final, shuddering sigh, he flickered back to his own time.

Over the next few weeks, every time his name came up on the roster, Julius used his time travel opportunity to go back again. He never saw himself there, except for the one who lived it originally, for the same reason nobody else ever saw him there – each time travel event happened inside its own little dimensional bubble; no time traveler could be seen, or do anything to affect anything in the past. It was a tourist’s dream – or a scholar’s.

Professor Janes, of the history department, visited ancient Rome and stood in the Forum to watch Julius Caesar speaking. Julius Kane visited St. Mary’s Hospital and decided to stand by the door this time while he watched his daughter die.