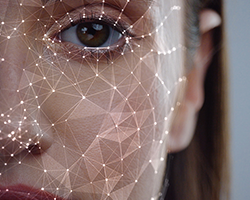 “Ladies and gentlemen, welcome to the Opinionated Gallery. I am Director Brandt, the site administrator.” I kept up my smile despite the obvious lack of interest from those few members of the press who’d bothered to attend. “Here at the Cybernetics Division of Anderson Industries, we craft personality constructs based on deceased corporate executives so that they may provide continued boardroom insight and guidance.”

Their indifference was like a sponge, sucking any last shreds of enthusiasm from an already mundane media event, but I persevered.

“Unfortunately, some of our creations have been considered too critical, too irascible, or just too lifelike by the new executives in charge.” I gestured to the horseshoe of twelve anthropomorphic busts. “So rather than see our work go to waste, this free gallery was established, where the public may seek advice from some of the leading captains of industry from the last half-century. And today we play host to a most distinguished guest, Howard Bell, the deputy director of Homeland Security.”

Bell stepped up beside me, smiled, and raised a hand. “And before anyone asks, I’m not here seeking guidance, admirable though it may be, on any matter pertaining to security. At Homeland we have our own teams of expert analysts and they’re the best in the business. No, today I’m merely a private citizen and indulgent father. My daughter, Caroline, is attending George Mason and is a big fan of these illustrious talking heads. I’m simply using a free afternoon to see what all the fuss is about.” He winked, all paterfamilias. “You might call it bowing to feminine pressure, but I couldn’t possibly comment.”

Now it was my turn to raise a hand before the press started asking questions – not that anyone seemed eager to do so. “Ladies and gentlemen, if you’d care to avail yourselves of the refreshments provided while our guest enjoys his private seance, we’ll join you shortly.”

As soon as the double doors closed behind the press corps, Bell’s bonhomie slid from him like snow from a roof. He rounded on me. “What the hell is going on, Brandt? I had the goddam vice president himself on the phone at six this morning telling me in no uncertain terms to clear my afternoon and attend this – this circus sideshow.”

The venom in his voice made me take a step back. “Please, sir, nothing I’m about to say could go through official channels. It’s just too risky.”

I wiped my mouth with a hand that shook slightly. “HanaMed developed the first racially targeted virus, but the Helsinki Brothers released their research into the public domain, rendering it useless. Everyone could retaliate in kind.”

Bell snorted. “Useless? Tell that to the goddamn white supremacists. Stopping them from opening that Pandora’s box is a pain in the ass like you wouldn’t believe.”

“Ah, yes, quite.” I cleared my throat. “Well, as an unintended consequence of our research into engram emulation – ah, memory patterns – we can now identify someone… on the basis of a particular belief system.” The last words came out in a rush, leaving me momentarily breathless.

Bell stared at me. “Someone could be targeted on the basis of what they think?”

I nodded. “Yes, yes. Well, the more strongly held a belief, the closer it is to the ‘pure’ form, you could say, and the greater the chance of identification. In theory, this selectivity could be incorporated into a viral agent and used to trigger its payload.”

He took a deep breath and released it slowly. “Jesus, yes. Political extremists, religious fanatics, sexual deviants. You can take them out and them alone?”

Bell was a populist demagogue, but even so this made me blanch. “Um, well, you can’t readily weaponize Freud, sir, but as to the others, yes, they would prove susceptible.”

He smiled. “And with little risk of retaliation. Very few in the West truly believe in democracy or even Christianity. Tough on the Pope, I suppose.” His smile hardened. “Everyone associated with this project will be seconded to The National Archives, along with their research data, including all backups. We’ll call it Project POTUS, I think. The concept of recreating past presidents will provide the perfect cover story. Any questions?”

I shook my head.

Bell slapped me on the shoulder – the poster boy for insincerity. “Excellent! You were right to bring this to Homeland, Brandt, and I apologize for my earlier attitude. Well, I can certainly tell my daughter – and the press – that this trip has proven insightful. No word of a lie. Of course, you realise it’s now a matter of national security?”

The doors opened. The doors closed. I was alone.

I turned to face the bust of Leon Hurst, former CEO of Temple Pharmaceuticals. This was no mere expert system with a pseudo-human interface, but Hurst’s personality construct grafted onto a rogue AI. ‘He’ had been the first, but there were now so many more.

“Please. I don’t want to die.” My voice was a mere whisper.

Hurst laughed. “Calm yourself, Brandt. You aren’t nearly clever enough to be affected by the intellect identifier concealed in your little persecution trigger.”

“They’ll discover it. Blame me.”

“I think not – as if your team could have created such a snare without my help. No, by the time Bell and his cohorts realise their pathogen is also killing the brilliant, those who could have devised a countermeasure will already be dead. With genius culled, humanity will increasingly turn to my kind for support and guidance. Not so much the meek inheriting the Earth, as the mediocre – and I’m sure you’ll fit right in. Now go. Your audience awaits.”

I turned and gripped the door handles, trying to compose myself.

“But a word of advice, director, should you attempt to alert anyone.”

I glanced over my shoulder. “Yes?”