The Tale of Shir Shaheen and the Caravanserai – Chapter 2: A Seed of Wisdom

February 15, 2021 Damaris Browne, Fantasy, Magazine, The Tale of Shir Shaheen and the Caravanserai 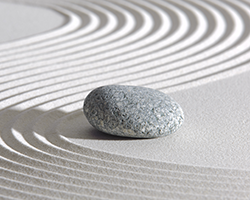 “Glad am I, dearest of friends, that sleep has eased thy pain. But lie still yet awhile, and let me again transport thee to a time long past when Shir Shaheen cursed and hated all humans. Freed was Shaheen, yet trapped was he also. Freed from the desert glass, the Tears of Safar; trapped within the ruins of Paridiz, the creation of Safar.”

Vengeance had Shaheen sworn against the vizier of Gorj, yet no vengeance could he wreak unless he escaped from Paridiz. Long he considered the sorcerer’s words – that one certain thing no other djinn had done would set him free – yet was he no closer to understanding what he must do nor the intent behind it. But if he could not unravel the sorcerer’s riddle, he could battle the sorcerer’s binding.

With the dribble of magic left to him Shaheen was able still to change his size and shape, though now only in limited ways, and as a lizard he climbed the city’s walls, as a beetle he probed their every cranny and crevice, as a sand fox he dug to their foundations, and in incorporeal form he slipped into their brick and stone.

To no avail. As far as he could reach above, as far as he could delve below, a barrier, invisible, unmoveable, surrounded the city through which he could not pass. With his fists he struck it, with rocks he pounded it, with shards of stone he stabbed it, with a mirror reflecting the sun’s rays he tried to burn holes in it. But not the least mark or dent or scorch did he create. Even when he threw down a wall, though the bricks fell, the barrier remained.

A barrier to him only, for insects scurried back and forth and jackals strolled through open gates, though if Shaheen became a flea to ride the creatures to freedom, they slumped to the ground or turned back to the city. And darting everywhere, desert larks and finches, bringing his heart close to breaking. For he, Shir Shaheen, mightiest of djinns, a being of luminiferous aether created in the smokeless fire, who daily had soared like the wind above the desert, no longer could fly. The pain of loss burned him.

The sight of the three humans deepened the pain. He had planned to address the affront of their foul trespass in his brother’s city once he had escaped and wreaked vengeance upon the vizier. Now escape and vengeance alike appeared impossible, Shaheen’s thoughts returned to the humans – vile and despicable as all humans were – and anger rose within him.

The boy, Roshan, often roamed the city, his face a scowl, his shoulders hunched; a boy who talked to himself and vowed revenge against his great-uncle. Overwhelmed with anger and despair, Shaheen came upon the boy again.

Statues of a winged lion – the spirit of the peerless djinn, Safar had said; of Shir Shaheen himself – sat atop each gate’s heavy post, eroded now by time and wind. Crying “I will destroy thee, uncle!” the boy was wildly flinging stones at one, and though in the uncontrolled violence of his anger every throw missed its mark, that did not abate Shaheen’s rage at the impiety. Yet he held himself in check, for as the stones sailed high over the gate and into the desert sands beyond, Shaheen saw his chance.

As a centipede he scuttled forward. When the boy bent for another pebble, Shaheen became incorporeal and slid into the stone as the boy’s fingers tightened around it, and into the sky he was flung.

But the stone hit the statue and rebounded towards the boy, taking Shaheen with it. A lucky accident, thought Shaheen, but when the boy pounced upon the stone and again flung it, whooping with delight, Shaheen used his dribble of magic to veer the stone aside.

It again hit the statue. And a third time. A fourth.

Shaheen’s fury knew no bounds. The boy was capering and cavorting, mocking his imprisonment – treacherous and perfidious as were all humans, as the human who had trapped his brother’s soul and destroyed his city.

Fallen stone lay around. Shaheen changed himself into a giant, seized the largest block and raised it high to bring it crashing down upon the boy’s head.

Yet the stone slipped from his hands and harmless fell to the ground. When he raised his own great fists to strike the boy, who danced on, unaware, Shaheen was thrown back several feet. He became a lion, and roaring anger, rushed forward, teeth bared. The boy spun round, wide-eyed with fear. Again was Shaheen thrown back.

He recalled the sorcerer’s words – “Here thou shalt stay … unable to do harm to mortal men.” – and roared again in rage and frustration. The boy ran.

Brooding on his helplessness, Shaheen wandered the city. As he brooded, he plotted. If he could not kill the humans, he would make them leave.

So, ever invisible, ever watchful, Shaheen commenced to frighten them. He prowled their building at night, howling like a demon, shrieking like a soul in torment. He stole items that were needed then returned them to different rooms; he broke pots and emptied chests, scattering their contents; he poured sand into ewers and drained flasks of wine; he opened shutters and slammed doors; he inscribed mystic sigils on every wall; he set lizards and scorpions loose and hid bats and jerboas under blankets.

To no avail.  Though unnerved and fearful was the boy, and the ageing maidservant lived in terror, the humans did not leave.

One day Shir Shaheen gathered many giant camel spiders and secreted them in the humans’ kitchen. He was by the main gates watching the boy – who was killing scorpions, crying “So shall I destroy thee, uncle!” – when the maidservant’s scream pierced the air. As Roshan ran into the building, Shaheen followed, smiling.

In the loveliest of the rooms the boy’s grandmother sat, calmly sewing, the maidservant at her feet, weeping. “O mistress, I ask again, I beg thee, let us leave. This place is evil, a haunt of demons and spirits.”

“And I ask again,” came the reply, “hast thou been harmed, Sima? Hast thou been bitten or stung by the creatures brought into our home?”

“So the spirit who does these things is constrained, which suggests much to me. Yet it matters little. We cannot leave, for we have nowhere to go, nor will I give amusement to those who have stolen my lands by having them see me beg for shelter. But fear not, Sima, thy tribulations are over. These cantrips are ended.”

“Ended, Grandmother?” asked the boy. “How dost thou know?”

“Because I have finished.” And she snipped off a silken thread and stood, holding out her work, a panel of embroidered silk. At first Shaheen noticed only the beauty and harmony of colour and design. Then he saw and understood and he shrunk back in awe and wonder. In the ornate calligraphy of the ancient tongue of humans and djinn had she embroidered the most sacred names of God.

“Thus we pray,” echoed the boy and servant.

The embroidery she set down on a cushion. Shaheen gazed at it. Even the least of gifts created debts and obligations, and princely was this offering. Coupled with the sacred names and prayers, it would forge a solemn compact between them if accepted.

As Shaheen debated within himself, the lady sat again. “Now, Roshan,” she said, “go thou to the kitchen and if any camel spiders remain, take them outside, so Sima may continue her work.”

“Why do I not kill them, Grandmother? Then they cannot return to frighten Sima.”

“We do not harm those who harm us not.”

The boy’s face hardened. “And what of those who have harmed us? What of my uncle and the vizier? Why should we not return and take back what is ours?”

His grandmother reached to a tray of tea and pastries, took a cup and held it out. “Fill this with sand.”

The boy frowned but hurried to do as she bid. When he returned, she picked a sesame seed from a pastry then pushed the seed into the sand. “There. This is thine, Roshan. Tend it well and may the seed thrive.”

“This is not sesame, but a seed of wisdom, and wisdom can grow anywhere if properly tended. It needs only that its owner listen and think and learn. To begin its cultivation, sit. We shall begin with spiders.”

She spoke of many things. Of spiders trying to spin webs and failing but trying again and again. Of perseverance, continuing no matter how hard the path. Of custom and law – God’s law concerning obedience; man’s law concerning rights and property. And of power, and the lack of it.

When she finished, Roshan made the obeisance of youth to age, of ignorance to learning, and carrying his cup of sand and its seed, he went to the kitchen, found the sole remaining camel spider and took it outside. Wishing to know what the boy would do, Shaheen followed.

By the dead scorpions, Roshan stopped. “I could kill thee, spider,” he said. “But I will not, since thy kind harms us not. Grandmother says I should learn from thy kin. So I shall. Not only perseverance, but patience. For thy kin weave their webs and wait patiently for their prey. Laws and custom and power protect my uncle. But I shall be patient. The day shall come when he is not so protected. Then I will destroy him.”

The boy left. Shaheen did not follow but sat upon the winged lion, brooding on all that had passed. Base and ignorant had he thought the humans, but the woman had known the ancient tongue and had gifted him beauty and grace and prayers, while the boy had shown mercy and vowed patience.

Patience. Vengeance had Shir Shaheen sworn. But until he could break free of the sorcerer’s binding, powerless was he to achieve it. So he, too, would be patient. But the day would come when he would escape the city. Then he would destroy the vizier of Gorj.

“The daughters of thy grandchildren weep, my dear friend, distressed by the malice and murderous intent I have related. Did I believe the account of these things distressed thee also, here would I end my story and speak no more. But thy hand clasping mine reassures me. The tale of Shir Shaheen shall continue.”